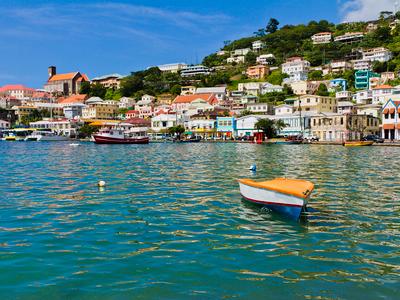 Voordelen: "After the GSO - PHL flight, I mistakenly boarded a flight to Portland Maine PWM. Why didn’t the gate attendant catch this error?"
Nadelen: "Attention to detail by both the gate agent and myself."

Voordelen: "I got there safe!"
Nadelen: "I f plane had slowed downed during turbulence."

Voordelen: "Good movie selection on the touch screens"
Nadelen: "The new self scan at boarding took awhile for each time to read the phone or paper boarding pass. The crew, specifically the lady with big hair, was not in a good mood. Super narrow seats!"

Voordelen: "Leg room"
Nadelen: "The onboard crew was rude and one guy actually grabbed me which to me is unprofessional. All because I had a poster tube that wasn't in my bag they wanted it in my bag. Then I asked for a seat change due to my size hard for ne to be in the middle and the lady was snooty about it."

Voordelen: "More entertainment options, plugs for charging electronics, and better food"
Nadelen: "Pretty much everything could have been better, including the plane"

Voordelen: "The plane was very comfortable and clean. The seats were larger than those on other economy flights. In flight wi fi entertainment was great, as long as you have a device."
Nadelen: "The flight was delayed from 9:35 PM to 10:15. No announcements were made at the gate. We were all standing around (no seats left) and only had text or email notifications informing us. I overheard crew say it was entirely avoidable, and the fault of some crew that weren't at the right place on time"

Voordelen: "Nothing"
Nadelen: "Bussed from Green Bay to Chicago."

Voordelen: "I have never experienced as smooth a landing on both legs of the trip. I’ve never flown American before and in comparison to other air lines I think they must have the most experienced pilots. Everything else was equal in quality to other US airlines I’ve flown, the usual stuff on long distance flights - but I felt the staff were a notch above the others as regards friendliness and helpfulness. I had a very smooth trip, no delays or problems. I will fly with them again."
Nadelen: "Bathroom on the plane could have used a good cleaning."

Voordelen: "On time"
Nadelen: "No wifi"

Nadelen: "Since we were in one of the last groups to board, there was no room for our carry on and had to be checked. Yet there are people in the previous classes who have two carry on bags and both are checked. There needs to be a penalty for this."

Voordelen: "The wifi actually worked!"
Nadelen: "Seats are so small and I even purchased the extra leg room"

Voordelen: "The flight crew was attentive, and the "at your fingertip" entertainment options helped distract me from the restlessness I got on my 8 hour flight from London."
Nadelen: "I have no complaints."

Voordelen: "SJU counter crew, in flight crew and flight was SUPER on time!!!"
Nadelen: "Nothing wrong."

Voordelen: "Not much"
Nadelen: "Passengers brought hot food on board at Dallas. McDonalds and KFC odours were overwhelming for first 30 minutes."

Nadelen: "No message to call with passengers with kids to board first or any military personnel boarding first."

Nadelen: "Everything was great"

Nadelen: "Check in for AA at DCA was terrible. Everything else was great."

Voordelen: "All else is fine."

Nadelen: "The flight I booked was misrepresented. I thought I was booking a BA flight only to find it was American Airlines. This changed the terminal I was to go to and the gate in which our Italian non-english speaking driver was to meet us at. This impacted seating selection, as well. Was forced to buy a premium seat when I realized the seating chart did not appear when I purchased the tickets. Also, flight was three hours late upon arrival. I understand safety is paramount and am grateful we eventually were able to find another plane, but it begs to speculate if things would have been smoother on a BA plane."

Voordelen: "The individual screen options and wide variety to keep you entertained for the flight. Very clean. Staff very helpful kind and accommodating! Look forward to flying again with them."
Nadelen: "My party didn’t get to sit together. Split up on a long flight sitting in between two large and stinky men. Not really their fault besides not assigning seats for the two of us together"

Voordelen: "The dinner was good. The crew were great."
Nadelen: "It was the worst seat I have ever had."

Voordelen: "Everything was good"
Nadelen: "Food was not good at all."

Voordelen: "American airlines managed to get me to my destination."
Nadelen: "It was an awful ride. The food was horrendous. The plane was ancient. No outlets, no personal TVs. The plane looks like it was from the 1990s."

Voordelen: "The crew was friendly and competent."
Nadelen: "Airlines have an industry wide problem. They INTENTIONALLY make every part of flying miserable so that passengers will pay anything to make it less painful. For example... if you want to make boarding quicker, build the cost of checked luggage into ticket prices so that you don't have people carrying everything on and clogging up the process. Or use the existing and publicly available research to improve boarding mechanisms... but that would mean you lose an opportunity to squeeze extra cash out of people for 'priority boarding'. This phenomenon is real, and currently be investigated by congress. Call your senator."

Voordelen: "Great crew."
Nadelen: "1 hour delay turned into a 3 hour delay. We waited at the airport for more than 4 hours and could've used that time to explore Chicago instead of rushing to the airport only to board, de-plane, and then board again. No vegetarian options were given for food."

Voordelen: "The boarding process was easy and the seats were extra comfortable"
Nadelen: "Nothing"

Voordelen: "Flight was on time and service was good"

Nadelen: "Poorly food and problems at the check in, although my documents were all in order. Also, we also missed our flight because of the security, who double checked for nothing. Was very very stressful, i will think twice next time before choosing to fly with BA. Check in online wasn t possible."

Voordelen: "Flight took off and landed on time."
Nadelen: "Nothing really. A very typical flight."

Voordelen: "The crew was nice and everything went well when I was on the plane."
Nadelen: "I booked this as Finnair flight. Finnair is in terminal 5 (international) at ORD. There was nobody at the desk... I was getting nervous. I had to look at my Kayak app for info about my flight ... It was operated by American Airlines out of Terminal 3. I barely made my flight. You should be more explicit on the front end so these mess ups don't happen."

Nadelen: "The flight had to circle LHR for about an hour, and I almost missed my connecting flight to EDI, even though I had a 2.5 hour layover. I also paid over $1,700 for a one-way ticket and $300 in baggage fees, and should have been upgraded before any of the mileage program freebies."

Voordelen: "Crew was nice"
Nadelen: "Delay due to lack of communication with Philly airport"