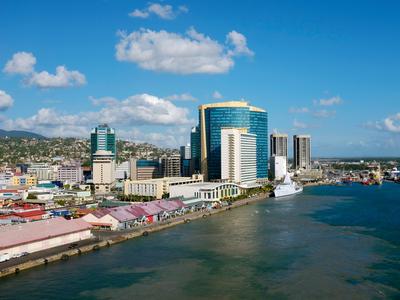 Nadelen: "Klm is the best, even on a 40min they served small breakfast."

Voordelen: "15 years ago I told myself not to fly Delta anymore. But these 2 flights Detroit to Amsterdam and back changed my mind. I enjoyed the flight very much and I'm looking forward to the next one."

Nadelen: "Boarding was crazy. Could not everyone in the gate area."

Voordelen: "Good amount of space on the plane, lots of movies to watch, good food and drink."

Voordelen: "The crew were excellent and seats were comfy."
Nadelen: "Headphones for the entertainment centre.could have been better. Sound quality not great."

Voordelen: "The aircraft"
Nadelen: "No overbooking next time!"

Voordelen: "Seats super comfy. Ended up with 3 seats to myself that formed a bed for the lap Uk to NZ. Very nice!"

Voordelen: "Seat was good"
Nadelen: "Depart on time (1 hour late), hostess put a laptop in the overhead, which fell out and hit me when the bin was opened"

Nadelen: "Flight on time would have been good when you have a late evening arrival. Long wait for luggage at Birmingham airport."

Voordelen: "Crew were friendly and helpful. Moved me up front in the plane so I could make my connection."
Nadelen: "Not having to walk outside in Edinbur4gh to board the flight."

Nadelen: "I bought tickets thrue you for me two months ago Iit went well but on the last few days I also bought ticked for my brother and his wife and it was a disaster night mare for them bound for Montpellier too to attend a wedding the damn suitcase didn’t get to final destination it was at Orlando but got"

Voordelen: "The crew was amazing and the food was great."
Nadelen: "Something did not go right with our booking so it took some work for the airline to get it figured out for us. Thankfully we had left plenty of time. But that was an unexpected stress."

Voordelen: "great crew and comfortable flight."
Nadelen: "sceens in the plane to show map and direction of travel"

Voordelen: "And i got it 2 days later. I had to buy a lot of items which were in my suitcase The returning of the suitcase was awfull. In tge end after many phone calls I received it On the 18/12 evening, 2 days after my landing"

Voordelen: "The constant smile conferred by flight attendants through the entire flight."
Nadelen: "The boarding was a bit disorderly. Lanes for zones 3 and 4 were not clearly indicated."

Voordelen: "short, sweet and to the point. 1+ hour flight is usually an easy hop."

Voordelen: "Crew where awesone and the choice of entertainment was fantastic"
Nadelen: "Seats way to close together"

Voordelen: "Seat 39A did not recline. The gentleman next to me spread his arms out a bit as he typed on his computer the entire way. So I did not get ANY sleep. Plus he got up at least four times."
Nadelen: "Except for the man next to me - great!"

Voordelen: "Snooth and efficiënt with a KLM service"
Nadelen: "No entertainment"

Voordelen: "Interior of the plane was clean. Smooth landing."
Nadelen: "Pilot did not avoid turbulence"

Voordelen: "Nothing"
Nadelen: "Super delayed. Could have fixed the issue BEFORE we were sitting on tha plane for TWO hours"

Nadelen: "I don’t like the limited choice of drinks on these short KLM flights."