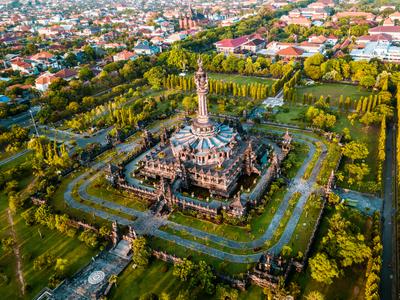 Voordelen: "All what you served !"
Nadelen: "Everything is okey !"

Nadelen: "Crew was not helpful at all, didn’t even bother to come when asked for help"

Voordelen: "nothing"
Nadelen: "everything"

Voordelen: "I was feeling very bad during flight. Crew made everything possible to make this flight comfortable for me. They took good care of me and were stopping by me, to check how am I feeling during whole flight."
Nadelen: "This is not about airlines, but about passengers. All airlines should prohibit passengers to use fragrance. This lady who flew next to me, had strong perfume and it felt like she used half of the bottle, cause it was impossible to breath."

Voordelen: "Food, multimedia and the crew"

Nadelen: "Huge delay on the flight + no power for part of the waiting in the field + very bad information in the airport about where to find the gate Overall a terrible flight experience"

Voordelen: "Nothing. I was so disappointed with the whole experience."
Nadelen: "Everything. I paid a lot of money for this ticket. When I tried to check in yesterday I was denied. When I called the ticketing office, they explained that everything was fine with the ticket, and I would indeed have a seat, but I would have to go to the airport. I even asked them about the possibility of overbooking but they said that wasn't a risk. (I am Star Gold so I didn't think that was possible.) When at the airport they wouldn't give me a seat and they bumped me leading to many hours of confusion, a connection through Tanzania, and a loss of a night of sleep. And lots of stress. I know they de-prioritized the people who booked on Kayak. This was a miserable experience and unless you do something to fix this I will never use Kayak again."

Voordelen: "Comfortable seats, good service."
Nadelen: "To be expected, but no vegan options for food"

Voordelen: "The flight attendants are always helpful and very nice!"
Nadelen: "I have been flying Turkish Air quite a bit since 2011. I have noticed that on some shorter flights they are using newer planes with a bit more leg room, but on their longer flights (Like the one I take quite a bit from Los Angeles-Istanbul) they are using older planes that are horrific for anyone over 6' tall. I can't even sit in the seat without my legs jamming against the seat in front of me, and when the recline, I have to sit sideways. They are also very small sideways. I am a big guy, but not overweight, and barely fit in the seats. Their seats are definitely getting worse since I started and they ended their economy plus seat option, which at least gave you an option, for a couple hundred dollars more, you could have a nice seat. This is of course to make more money and jam more people on their planes without caring at all for the passengers comfort when you are flying, and it makes those long 12-14 hour flights miserable! Also, the planes are very hot when you board, which can be very uncomfortable, and they no longer give you a hot towel (As they used to) until the plane has taken off. They also do not serve a 1st beverage right away after take off (10,000'). Your first beverage is with the first meal, and then you are not served anything again until the second meal, whereas most other airlines serve drinks throughout the flight. SO you fly for 12 hours with 2 service times and no offers of drinks, snacks, etc. during the flight."

Voordelen: "Airplane crew was amazingly friendly and helpful"
Nadelen: "The customer service in Istanbul airport (for Turkish Airlines) did not speak or understand English at all. She could not give us any helpful information of our flight"

Nadelen: "The flight was cancelled and I still didnt receive my refund."

Voordelen: "We like that everything was on time. The food service was excellent and we enjoyed that entertainment was provided on such a short flight."
Nadelen: "The boarding process on the flights between Istanbul and Sofia were somewhat chaotic.We had boarding group assignments, but there were no announcements for these groups."

Voordelen: "Great food and on board service"
Nadelen: "I missed a bit more leg room to be able to sleep ok"

Voordelen: "Turkish Airlines always has decent food and entertainment."
Nadelen: "An hour late with no apologies. And seats are so small, the people sitting next to me were so large that I didn’t have enough room."

Nadelen: "The service on Turkish airlines was not friendly or helpful. The food was not quality, or food tasting. The entertainment didn't include a lot of movies at all. One of the flights did even give headphones. The staff wasn't rude and not helpful, and didn't make the flight comfortable. I had high hopes flying with Turkish Airlines for the first time, but I was thoroughly disappointed with everything."

Nadelen: "The space between the seats were narow"

Nadelen: "The service was very professional."

Voordelen: "None"
Nadelen: "Flight attendants need to be friendly ."

Nadelen: "All was fine."

Voordelen: "Great variety in entertainment options and delicious food, well prepared and served."
Nadelen: "There was a "skip" or interruption in the movies. I could follow them, but the system needs to be adjusted a bit. Overall very good. Oddly, the foot rest, in the upright position, bumped into my shins and made stretching my legs a bit uncomfortable. And I'm average height (5' 10")."

Voordelen: "Flight attendants are professional and efficient, and the aircraft is clean and has an excellent entertainment center for all passengers."
Nadelen: "Rows are too close, with my knees pressed against the seat in front of me. That is misery for the 10-hour flight from Chicago to Istanbul. We had a much better experience when we flew Turkish Airlines a few years ago. Sad!"

Voordelen: "The flight and crew were fine. The food and drinks are free, which I wish some US carriers would take note of and adopt."
Nadelen: "No heads-up that we couldn't take tablets / laptops on next flight to the USA."

Nadelen: "KLM lost my suitcase and did not deliver it until three days later... They refused to compensate me for having delivered the bag with broken articles inside (A pair of Rayban Wayfarers!)"

Nadelen: "The only complaint I had was that it was very warm on the flight (and I usually get cold on flights), and in the seats we had there weren't fans above the seats. A few rows up they had fans, so apparently you have to pay extra for air... This wouldn't be a big deal on a short domestic flight, but for an international flight it was a long time to be uncomfortable!"

Voordelen: "Flight was on time."
Nadelen: "Staff: from check in to landing, they could at least smile. Baggage claim was a nightmare, 6 Schengen flights in the same belt."

Voordelen: "Yes"
Nadelen: "Everything was good"

Nadelen: "The KLM crew are always great serving and treating you. Well above many other airlines."

Nadelen: "The flight was a bit delayed, but the airline handled it incredibly well. I was put up in a great hotel with good free food and caught another flight the next morning."

Voordelen: "the trip was excellent and comfortable. LOved the windows that shaded out rather than the having to pull down the plastic blind. entertainment on board top notch screen huge One hostess , Helen was absolutely fantastic and the best I ve had on my many trips. I will recommend KLM whenever I can"
Nadelen: "the headrest is hard. Apart from that- all was fine"

Voordelen: "Crew was very engaging and service was good."
Nadelen: "My seat was horrible. Right at the door, crammed, and no place to store my carry-on luggage."

Voordelen: "The flight crew was so friendly and the food was really good."

Voordelen: "The crew are amazing! Attentive and friendly."
Nadelen: "The seats could have been bigger."

Voordelen: "The crew was great but the seat wasn't as comfortable and didn't have much leg room."

Voordelen: "KLM was a great experience compared to Airitalia. The food was good, the flight attendants were very helpful."

Voordelen: "Entertainment was amazing! They even have four Harry Potter movies! We were told in advance that the flight was going to be delayed, which is really positive. Very friendly personnel."
Nadelen: "Food isn’t that great. Breakfast could be much better."

Nadelen: "I have ordered Wheelchair for my parents which one of my parent didn't get it on Mumbai Airport. When they arrived on Amsterdam Netherlands Airport they were dropped to the gate assigned first and once the gate changed on the fly no body came to help them moving to the new gate assigned which was far away to walk. Nobody even came to tell them that the gate has been changed. It was because of my father's alertness they didn't miss the connecting flight and when my father asked help to members on airport none of them helped my parents and other 4 co passengers which also were on wheel chairs. It was so scary experience for them that they asked me not to book any more flights with Jet Airways. I won't recommend Jet Airways to any of my friends for their parents to travel to USA. I strongly recommend you guys to take a strict action against this. This is so unacceptable."

Voordelen: "Crew was very friendly. Nice that wine was served without charge."
Nadelen: "Announcements from the cockpit were hard to hear. Food has been better in past."

Voordelen: "Snooth and efficiënt with a KLM service"
Nadelen: "No entertainment"

Voordelen: "Everything is top notch for an airline company."
Nadelen: "Nothing.... I enjoyed every moment of the flight."

Nadelen: "The boarding area was total chaos. In order to get to the gate I had to literally fight with the 100s of people who were waiting in the same area. No priority was given to family with children or elite members. Even when we complaint at the personnel we were told that “it was busy”. Usually KLM flight from Venice depart from the first floor where gates are bigger and you get straight with the finger to the airplane. Today it hasn’t been the case .... too poor service for a KLM fight"

Voordelen: "On both of my flights to New York City, I was amazed at how friendly and helpful the flight attendants were to the passengers. On my short flight from Basel to Amsterdam, a young French speaking girl was concerned about how to manage getting to her next gate. The flight attendants talked to her and arranged for someone to take her there. On my longer flight from Amsterdam to New York City, there was a customer who was in distress about missing a previous flight and not making it to her connecting flight in New York. One of the flight attendants reassured her until she stopped crying and calmed down. That same flight attendant was always so positive and cheerful in all she did. The rest of the crew was top notch. This was my best experience flying in such a long time. Well done, KLM crews of flights 1984 and 0645 on July 10!"

Voordelen: "Good Experience"
Nadelen: "Nothing much"