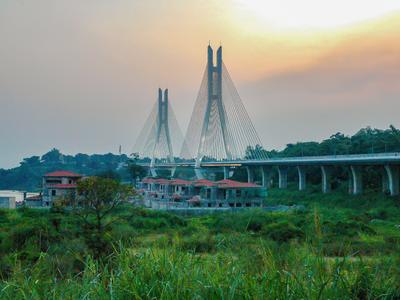 Nadelen: "First of all, my flight had no option to plug my cellphone, there was no TV screen and no WiFi.. they served some loaf of bread cut in half with some spices inside and called it dinner! But the most disappointing thing is the fact is that they LOST BOTH OF MY LUGGAGE BAGS, and the most they could offer me is $50 compensation (my belongings worth thousands of dollars) And even this I would have to claim from my “home country” which is completely unreasonable as my home country isn’t the one lost my luggage, the airlines had! Beyond shocked, disappointed and aggravated, this was my first time flying this airlines and I promise you it’s the last. Won’t recommend to anyone."

Voordelen: "I like that it’s a direct flight from Newark to Lomé I like that it’s cheaper than over airlines I like that it’s a late flight: it allows out of state passengers to catch the flight without having to stay overnight in NY"
Nadelen: "Some crew members are unfriendly The toilets are always smelly and dirty. The floor stick with pee. Pee all over the toilets seats. Unsanitary especially when you are traveling with a child or an elderly. The TVs touch screens do not work The volume of the crew is too high"

Voordelen: "Nice aircraft and comfortable seating in economy with a good selection of music and movies on the seat back entertainment. Business class was mostly empty and looked very nice and roomy. They should upgrade their frequent flyers the way other airlines do to fill those empty seats and generate the good PR that results. The food was good in my opinion, and the Ethiopian coffee is great. Affordably priced tickets was the selling point for choosing them. They are a young airline and while they go through the motions of being a modern service-oriented airline, but alas for the most part they aren't there yet."
Nadelen: "We've flown a few Ethiopian Air flights now and while the flight attendants are nice, they aren't always on top of things and paying attention to the needs of the passengers. Not as helpful or attentive as we're used to. Boarding is chaotic and the overnight transfer at Addis Ababa is a total mess. If you get to leave through the airport in the early morning things are relatively painless, but what a nightmare of pushing and shoving chaos when it's busy. The hotels they put you up in are mediocre at best. Last week we enjoyed a long wait for the bus ride to the hotel, cold food when we arrived, and a nice hard bed to "sleep" in. We probably won't fly Ethiopian Air if we have to overnight in Addis Ababa again. I'm willing to pay up to fly another airline and skip the overnight as it's just not worth the hassle."

Voordelen: "The crew was Excellent"
Nadelen: "There is to many delays in the night flights, this should be improved."

Voordelen: "The crew was okay, though a little bit occupied and thus ignoring some of the customers' requests. The seats are comfortable and spacious with enough leg room"
Nadelen: "The food could have been better. Honestly much better"

Voordelen: "The crew was great. Extremely accommodating for families."

Voordelen: "The general attitude of the crew was good"
Nadelen: "There should be improvement in the food"

Voordelen: "Everything was great."
Nadelen: "Nothing"

Voordelen: "Ease to select seats on line The flight was a little delayed but they got me to my connecting flight on time at Addis Ababa. Good on board service"

Voordelen: "Ground stuff was trying tobe very helpful but it ended with trying. Also they did not inform us about he change of stoping in Cairo"
Nadelen: "Old airport that is uncomfortable with bad lounges that are not even worth going into."

Nadelen: "The whole boarding process was a bit chaotic. I was really called on the plane. I tried to signal for a blanket or some food but there was only 2 cabin crew members."

Voordelen: "Cheap fare, no frills."
Nadelen: "Too hot, crew isn’t friendly (could be cultural difference), jam packed flight with tons of small children so was unlikely to ever be super pleasant."

Voordelen: "Food was pretty good. Flight attendants were very nice, however they didn’t do too much on a screaming baby that wouldn’t shut up the entire flight."
Nadelen: "Late take off from Newark led to us almost missing our connections to Johannesburg. We were moving like sheep herded to buses. Seemed very unorganized. The inflight entertainment was very basic compared to other star alliance flights in the states. Can’t understand the pilots very well when they spoke English. P"

Voordelen: "The plane is spacious lost of leg room"
Nadelen: "can improve on the food"

Voordelen: "The aircraft was brand new so everything was great"

Voordelen: "The food was terrible but it was somewhat editable. It could have just been because I was so hungry I could eat anything too."
Nadelen: "The staff was rude, the boarding was a mess, the cabin was at least a little cooler than previous flight but still very uncomfortable, the amount of announcements was absolutely absurd!!! It was almost an announcement every 15 minutes. And the plane played music (terrible music) for 45 min extremely loud after taking off AND and hour before landing. It was so awful and so loud you couldn't even hear your own entertainment playing from your own headsets. I understand music while boarding and de-planing but there is absolutely no reason to have that playing that long after take off and hat soon before landing."

Voordelen: "I was pleasantly surprised at the entertainment. Other than that, everything was pretty good. Nothing stood out as exceptional and nothing was particularly bad."
Nadelen: "The seats weren't the most comfortable, but on a 10 hour flight, nothing is."

Nadelen: "The food was not appetizing and the flight ran out of sodas"