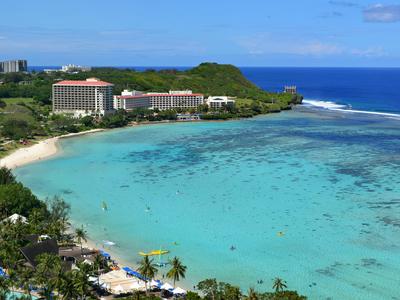 Voordelen: "Flight attendants are nice, polite and helpful. We didn’t lose any luggage and intact. Foods are good and plenty"

Voordelen: "Their friendliness And care for the passengers"
Nadelen: "i can not think of anything."

Voordelen: "Crew was good"
Nadelen: "The way they board"

Voordelen: "Flight departed on time, landed on time....excellent service, too."
Nadelen: "Nothing"

Voordelen: "Check in is a breeze, the staff even helped me to load my luggages to the counter. Boarding is prompt and orderly. The food is excellent , love the kabosu, there is snack available at the back in case you are still hungry. Entertainment is good choices, headphone is nice."
Nadelen: "None so far, been travelling with ANA 8-10 times a year for more than 5 years"

Voordelen: "The whole process from boarding to exit was perfect. The seats, the food the service was great"
Nadelen: "The movie selection is somewhat weak"

Voordelen: "Everything was just perfect"

Voordelen: "All the flight attendants were doing excellent customer service and there was good food."
Nadelen: "There was nothing that I didn't like."

Voordelen: "The staff on ANA are super friendly. The legroom on their big planes--even in economy--was excellent."
Nadelen: "The food was okay but not great."

Voordelen: "I booked with kayak thinking it was an A&A flight and said I got crappy United all the way to Narita Japan where the plane didn't make it on time and I missed my connection for my A&A flight got to love it be careful what you book on their site"
Nadelen: "Deception at the time of booking"

Voordelen: "The seat, service and food..all is great as always."

Voordelen: "The seat was nice"
Nadelen: "Service was extremely slow, it took almost two hours just to get offered a drink. There wasn't any offering after boarding and I had to ask just to get water. The food was quite bad, normally I would choose the Japanese meal, however, both the Japanese and International options were poor. The staff seemed unorganized and did not follow a set protocol."

Nadelen: "Food was not good, seats not comfy"

Voordelen: "crew very helpful from check in to deplane..i would suggest when arranging seat for couples or mother abd child make sure its to gether at first check in not later at another airport which was fine they did in manila..but from chicago they cant do it have to wait in japan and almost not done"
Nadelen: "the smell inside the airplane"

Voordelen: "On time. Flight attendants don't shy away from helping passengers put their carryons in the cabin compartments. They were there in a split seconf to assist you - ANA flight attendants only. Food was great in ANA airlines. Toilet is clean. Boardinh was orderly."
Nadelen: "More frequent offer of drinks to passengers"

Voordelen: "Everything"
Nadelen: "The fact I had to come back to Canada from Japan. Canada is ghetto."

Voordelen: "Very helpful and accommodating flight attendants ... all with a smile!"

Voordelen: "Crew onboard and in Brussels where very nice and efficient."
Nadelen: "Plane was nice and clean but they should upgrade the standard of the food and there movie selection."

Voordelen: "Everything was fantastic (except that I didn’t watch or listen to any of the entertainment"

Voordelen: "I've flown with ANA before and they never fail to impress. Service is impecable, staff are nice and the new boeings are awesome. Seats can be a bit cramped but we were in economy and it's a 9 hour flight so some discomfort is expected. The 3 meals served are complimentary and very much appreciated. The entertainment system is an easy to use touch screen with great options from Hollywood and other movie sources."

Voordelen: "Food was good, the crew were kind, nothing less than one expected and nothing more either"
Nadelen: "Not much of a choice when it came to films"

Voordelen: "Flight crew was friendly, quick to respond to questions, and very helpful. I was able to switch seats even though the flight was full. The food was fine but the menu for the return flight looked better still."
Nadelen: "The flight was 100% full. I took a redeye flight hoping to sleep a bit on the plane but I ended up not sleeping much. I am happy to take ANA on my return flight, which is not redeye. Also I will be happy to fly ANA again, but I would not take a redeye flight on any airline unless I was in business or first class which I cannot reasonably afford at the moment."

Voordelen: "From communication on flight details to boarding to in-flight comfort, ANA rocked. The staff was so kind, seeing that we had what we needed. I didn't feel like a liability at all, and I think their approach to the work ensured a great flight experience for everyone."

Voordelen: "The attendant were so hospital..The flight is so smooth even when we landed it was a very good experience."
Nadelen: "None"

Nadelen: "They refused to board because the united dis not allocate the flight date and ANA check in counter did not help to coordinate."

Voordelen: "Good service."
Nadelen: "Was put on "Standby", even though I was traveling with my teenage daughter, and I arrived more than 2 hours before departure! I ended up getting a seat, but this was unnecessary stressful (there were some seats left in business, so they knew I was going to get a seat eventually. They could have told me I was going to be able to go at check-in)."

Voordelen: "ANA staff are generally well trained (but are you really allowed to land with your laptop open on your lap as some people were?) ... good service overall, good movie selection, food varies from OK but boring to very good indeed ."
Nadelen: "Both meal A and B selections would have caused problems for people with shellfish allergies. One was a seafood doria so they have me the other meal. The other had a sauce with seafood extract in the ingredients. I can read Japanese so didn't eat it, but there wasn't any English information on it."

Voordelen: "The food and disipline on boarding the passangers according to their classes"

Voordelen: "I appreciated the fact that mostly everyone is bilingual there. It helped tremendously because I don't know Japanese."

Voordelen: "2 inches more legroom in economy than other airlines on that route."

Voordelen: "The food"
Nadelen: "Nothing"

Voordelen: "I didn’t like a thing! I cancel that flight a month ago, you said your were going to pay me back but I haven’t receive my fund. I have been back in America for month. Everyday I call nobody pick the phone or I’ll be on hold for hours until I hangup"
Nadelen: "What you can do better answer the phone and give me my money back."

Nadelen: "The flight was not with Lufthansa, that was deception. UA the worst airline as far as I experienced it, delays, poor customer relationships and so on. I have to pay for luggage."

Voordelen: "The flight was fine, despite the distance."

Nadelen: "Not having videos on plane in seat sucked!"

Voordelen: "Nothing special, decent food and drinks, movie selection is always good"
Nadelen: "Like all airlines seats are uncomfortable like human livestock transported across the ocean"

Nadelen: "The plane was very old. No outlet to plug electronics. Small screens for video"

Voordelen: "Good food, entertainment options, communication from pilot"
Nadelen: "none of the flight attendants seemed to be friendly- literally all of them were neutral or slightly rude at best. Not impressed."

Voordelen: "indulged by the service and plenty of food"

Voordelen: "This flight was a good value."
Nadelen: "My legs are short and the seat seemed a little higher than other plans. I couldn't rest my feet flat on the floor for 6 1/2 hours. This was very uncomfortable."

Voordelen: "Paying for $1200+ for an 8 hour flight to Guam and all the crew fed us was coffee and water plus pretzels. Oh yeah have to pay for a real meal"
Nadelen: "5 minutes early arrival time."

Voordelen: "Crew. Entertainment. Food. Leg room was a bit longer than usual."
Nadelen: "I was unable to pre-order a kosher meal through the web site. Customer service could barely write in legible English and in essence told me to take a hike. Flight was bumpy both ways for quite a while. What's the point of giving me a boarding pass in Tel Aviv if I need to go to the United transfer counter in Brussels and go through the process again, including a TSA (friendly) interrogation?"

Nadelen: "Kayak dropped the ball with the last leg connection.. or somebody did..."

Voordelen: "We were upgraded to business class. Everything was excellent! Seats were extremely comfortable. Flight attendants took great care of us!"

Nadelen: "Even though I have an account with United, and confirmed that I was a vegetarian both online, and on the flight heading to Europe, my meal wasn't entered. It worked out really well because I was sitting close to the front and they had pasta dishes available, but this is not the first time that United and its partners have "lost" or "mishandled" my vegetarian registration. The flight attendant even remarked that sadly, she hears this 'complaint' constantly. The food was good, but there's no reason that my meal request can't stay in the system."

Nadelen: "The movies kept doing out. They told us to log in and get compensated in a few days"

Voordelen: "Professional, courteous flight crew. Uneventful flight. When flying at 37000 feet over an ocean, uneventful is a very good thing! :) Deboarding on arrival was quick and efficient."
Nadelen: "My headphone jack in the seat was broken but they offered to relocate me to a seat that worked. I stayed put and used the United app on my phone."

Voordelen: "Window seat"
Nadelen: "Same experience on ANOTHER 8 hour flight I have NEVER flown on an international flight and NOT received a complimentary meal or two...When I'm flying for 8 hours. On top of that the seats were very small and uncomfortable. I shouldn't feel a person grabbing a magazine or pulling down a tray when I'm sitting in the seat in front of them. I couldn't consistently watch a show or movie for 3 minutes thanks to the wifi and or app on MY Samsung tablet....it's SO sad that you guys couldn't have them already installed like other airlines. This airline is already in hot water, I expected MUCH better customer service. I will do my best NOT to use them again and tell others to do the same."

Nadelen: "I chose Luthansa because I was traveling with a bike and they are usually good about not overcharging however after booking the flight, United took over the flight and they have very unfriendly bike policies (200 each way). Usually I will not fly United because of these policies, I think I am done flying any Star Alliance companies."

Voordelen: "Nothing"
Nadelen: "This was a mess as the attendants didn't not have my transfer ticket It took them for ever till the last minute when was called by the Microphone"

Voordelen: "The crew were polite and helped to assist the passengers who has the same seats."
Nadelen: "The fact that I had to download an app for onboard entertainment prior o my flight is farcical."

Nadelen: "United operated the ROR-GUM. Philippine Airlines operated the GUM to MNL segment. Checked baggage could not be transferred in GUM. Checked bags had to be picked upnin baggage claim and rechecked with PR. Should not have been listed as a joint fare."

Voordelen: "the service and aircraft were excellent"
Nadelen: "space between seat"

Voordelen: "In flight entertainment was great with lots of variety (good for an 8 hour fight)."
Nadelen: "There were always lines for the toilets. Limited leg room. Food was meh."

Voordelen: "Boarding was organized and timely."
Nadelen: "One of the flight attendants was patronizing."