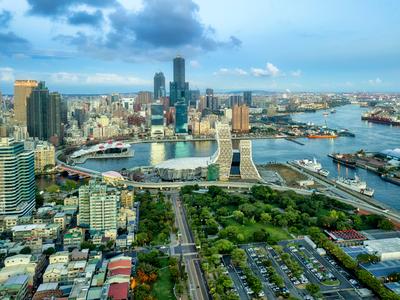 Voordelen: "Can i request for a food that us not pork? I don't eat pork nor shrimp, i will be traveling on the 5th of January again and i don't want that we will be starving again for the second time since last time we never eat for they don't have anything substitute for pork. Hope they will serve some chicken or beef for not everyone will eat pork and to starve while on the plane is not acceptable for we paid for it. Thanks"

Voordelen: "Crew was courteous."
Nadelen: "Seat needs to be much roomier. Entertainment and Food should be good and more options."

Voordelen: "The crew were busy but very attentive"
Nadelen: "I could not plug in my headphones because of the proprietary plug on the airplane. I understand some airlines used to use proprietary plugs to keep people from taking their headphones that were offered complementary for the flight but I’d rather use my high end noise canceling headphones."

Voordelen: "Crew was helpful but 1 crew forgot my dinner drink which was a hot tea drink."
Nadelen: "Maybe write down who ordered drinks while serving dinner tray.. if there were turbulence the crew can go back to that list then setve it when seat belt sign is off."

Voordelen: "Yes for both."
Nadelen: "Nothing."

Voordelen: "Seat is small"
Nadelen: "Crew was so busy and no smile"

Nadelen: "They did not provide water very frequently in flight. Food was satisfactory."

Voordelen: "Everything was top notch,crew were super professionals,food was delicious,look forward to flying with them again!!was one hour early on first leg of journey"
Nadelen: "Softer seats"

Nadelen: "Flight was suspended I was not notified before I went to the airport"

Nadelen: "Hi. I want you to pay me back half of my air tickets that I paid+ my expenses that I spent. I bought from you air tickets with Scoot airlines from H.K to Singapore on 30 December and back to H.K on the 3 January. when I came to the H.K airport to check in with scoot airlines they said to me that I can't go to Singapore because my passport expired on 2 of June and it's less than 6 months if I want to go to Singapore I need to have in my passport more than 6months. sow in the end I lost the ticket to Singapore and not only this I went back to H.K I toke a room in the hotel 150$ and the day after I went to the embassy of Israel to extend my passport and I bought a new air tickets with Cathay Pacific 350$ to go to Singapore. its mean that I lost my ticket +500$ .and all this because you never informed me that my passport needs to be valid more than 6 months . you can see also in your letter its written there that my passport need to be valid there is not any thing about 6 months. if you was telling me that before I could change my passport. sow pleas I insist that you will pay me back half on my ticket that I lost + my expenses 500$. if I will not get it back my story will be all over in the internet about you I suffered a lot"

Nadelen: "Couldnt get the lazy flight attendants to bring me a drink. I asked twice for a Coke Zero."

Voordelen: "Flight attendant was very kind and helpful. I was very tired and was feeling a little under the weather. She checked in with me frequently throughout the flight to make sure I was well, brought me hot water to sip on, and just made sure I was as comfortable as possible. My regret is that I didn’t catch her name."
Nadelen: "Nothing"

Voordelen: "Was able to redirect from Kansai to Umeda after typhoon. Initially received misinformation though. Service was great except the one time I received a regular, not diet, coke and still had to drink it. Great job Cathay Pacific!"

Voordelen: "The movie selection + the crew was friendly."
Nadelen: "There were kids who were not well behaved. Their parents would not correct them, neither did the crew. There was a kid screaming and talking very loud behind me, while everyone was sleeping. I was unable to sleep on the flight, even with ear plugs. The kid sitting next to me was getting Play-doh everywhere, on me, the floor and all over the seats. He was also kicking the seat in front of him and his mother would not correct him. It would be helpful for the crew to say something to the parents, as some parents do not believe in discipline. The vegan food was very good on the flight to Hong Kong, but on the flight to Chicago it was bland. I was still very hungry after eating + did not get protein in the first meal. With the seat in front of me reclined all the way back, my knees were touching the back of the seat, my legs were swollen and in a lot of pain after the flight."

Voordelen: "Boarding on time"
Nadelen: "Food was not fresh. Some crews could not understand English well"

Nadelen: "The stopover in Hong Kong was longer than I would have liked."

Voordelen: "It was a lovely flight. Food/drinks were excellent."
Nadelen: "Toilet cleanliness needs to be better."

Voordelen: "Food"
Nadelen: "After my flight from Nanjing was delayed the next two flights to Sydney been overbooked and I was put on a flight to Melbourne to then go from there to Sydney. No Lounge access possible and no food vaucher offered. I had to ask to even get a small food vaucher. Bad!"

Voordelen: "The excellent service offered by the Cabin Manager, Amy and her team. They cared about the needs of the passengers in the 15-hr long flight and responded quickly to requests raised by passengers."

Voordelen: "Excellent all around. The A350 is much quieter than older jets - a real asset on a long flight."

Voordelen: "The service and flight were great"
Nadelen: "The food was bland and it had no flavor. I got food poisoning from what they called a low lactose meal. I am a Chef myself and I feel like part of the overall experience is being fed but I didn’t have a great experience with that. I dread the flight home."

Nadelen: "Bulk head seats. People walked over me all night including staff"

Voordelen: "Cathay was able to get my luggage off the plane that I missed. They also got me out of Hong Kong later that night with a quick stop at LAX before heading home to Boston. They really went the extra mile for this weary traveler."

Voordelen: "We were lucky the flight wasn't full. Had decent leg room using three seats for the two of us."
Nadelen: "Had entertainment without downloading the WestJet app and/or payoff for stuff."

Voordelen: "I guess I can't expect much from what seems to be a low budget airline. The food was OK and the movie selection was excellent. I didn't have any issues with boarding or baggage check in. There was a mix of good and bad flight staff. Sadly, the staff in bad moods were servicing me."
Nadelen: "The bad mood in-flight staff and the uncomfortable seats. During boarding, I asked one of the staff if I can have a window seat because I have motion sickness and aisle seats make me feel ill. She looked at me flustered and said all seats are booked and that I'll be Ok with the aisle seat. On a different CP flight, a different staff was helping a couple switch with other passengers so they can sit next to each other. That would have been nice if they did that for me when I asked for a window seat."

Voordelen: "that is great flight. I'm very with fight"
Nadelen: "tiket issuing time some has mistake than we want to change very big problem, that take a hour and hour."

Voordelen: "No issues."
Nadelen: "No complaints."

Voordelen: "Food was better than other airlines for economy price. Movie selection quite good as well as other options. Liked the maps."
Nadelen: "My seat would not move back. The audio on the movies was very difficult to hear with background engine noise. Poor clarity, and the selection of movies was excellent, so I chose not to watch. Solitaire game was complicated to understand."

Voordelen: "Able to sleep. Arrived safely."
Nadelen: "I accidentally sat in the wrong seat and had settled in comfortably, when a crew member pointed it out, I quickly got up and made my way to my seat. However someone was sitting there. The crew member told me that since the person had settled in I'd have to sit in another seat and pointed to yet another seat. Needless to say I was very confused and more than a little ticked with the inconsistent behaviour. Things didn't get any better when they defended their approach instead of simply acknowledging the problem."

Nadelen: "Should have more Indian movies on flight."

Voordelen: "We really appreciated the nice customer service we received from the check in desk!! We were able to upgrade and get our seats together- thank you! Also Cathay Pacific gave us our boarding passes straight through to our final destination which made it possible for us to narrowly make our flight once we were in Chicago. Very grateful for this."
Nadelen: "Our airplane had technical problems and our flight left 2 hours late, which made it very tight to make our connection in Chicago. This was very hard. We just wish that the delay hadn't been so long."