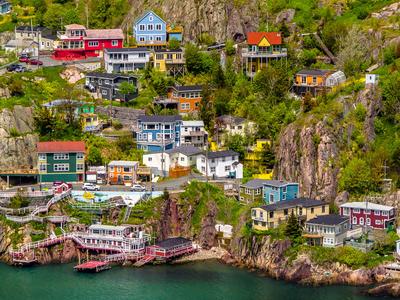 Voordelen: "I lost my phone in the taxi and Javier offered his cellphone and spoke to the taxi driver to get it returned to me (I didn’t speak Spanish) before my flight."
Nadelen: "Flight was delayed. On board, the seats were too small as per usual with Air Canada’s seating configuration. They tend to pack the cabin with as many passengers with little room."

Voordelen: "The Toronto to Victoria service was a good one earlier but now with Air Canada Rouge service is not very comfortable and the best choice given that it a long flight. No Onboard entertainment, uncomfortable seats."

Nadelen: "crew was rude and unhelpful with delayed flight"

Nadelen: "My direct flight was cancelled and rebooked with a connecting flight."

Voordelen: "Cleanliness and accessibility to my nearest airport at the time I need it."
Nadelen: "Children are crying through the flights."

Voordelen: "Great service, multiple meal/snack services and staff was friendly and helpful when needed,"
Nadelen: "The customer service line through telephone was not very helpful and seemed to cause more worry when we ran into a problem with our flight."

Voordelen: "Not much of anything"
Nadelen: "Lack of in-flight entertainment, uncomfortable seating"

Voordelen: "Food was good. Flight staff was pleasant."
Nadelen: "Boarding took forever. There was a child that screamed the entire way. Wish flight staff was trained on calming children, even though I know it was just bad planning on the parents. Also wish there was a hygiene policy. Half the flight was not wearing deodorant, and you could tell."

Voordelen: "Everything is good"
Nadelen: "Nothing."

Nadelen: "Sat on tarmac for over an hour prior to takeoff due to "refuelling difficulties - plane fault. No coffee on a 6 am flight!!! No offer of water, snack whilst waiting on plane."

Nadelen: "The flight was late."

Voordelen: "Friendly staff n helpful. Good seats, movies available"
Nadelen: "You have to pay for everything even the headphones. The seat, the luggages n not even a small peanuts snack they give you. Flight are very expensive for you to pay all extra."

Voordelen: "The smiling and helpful crew members"
Nadelen: "The seats were uncomfortable and the tv didn't work well"

Nadelen: "Not the most comfortable aircraft"

Voordelen: "Flight attendants were rude had to check my carry on since there was no room overhead cabin. This happens frequently with Air Canada"

Voordelen: "politeness of staff"
Nadelen: "all was great"

Voordelen: "All was well. Thanks"

Voordelen: "I thought the crew was awesome. Very friendly, but the bathrooms definitely needed to be taken care of. SO dirty."
Nadelen: "TV wasn't working at all which made for a very long flight! Food selection ran out. I felt like the plane was old and outdated."

Nadelen: "Flight was delayed. Announcement was made at the last minute. There wasn't enough space for carry-on luggage, mostly because the flight crew let people hog space leaving less for everybody else."

Voordelen: "The ONLY part of flying Air Canada that I used to like was your partnership with SAS, over the past ten years I have lost more airtravel points through Star Alliance troubles than I could have made in the decade before. Luckily when I fly from my birth place of St. John's NL, you're ground staff are the absolute best! I can give "shout outs" to each and every one of them. From those ready for retirement to the new staff just in from "who knows where", they get the whole "customer service" priority that your airline needs to focus on. Your management in Halifax "Sharon" is out of this world too, other than that whether through Lufthansa, Air Canada or anywhere I would travel, seeing that red leaf on your wing would make me ashamed to be Canadian."
Nadelen: "I paid extra for a seat to ensure leg room, all I got was ear ache! The flight - although half empty had no place for my briefcase, but I was "ordered" to push my sealskin bag under the dirty greasy seat in front of me. When I requested they store it upfront for take-off & landing - the french female steward started flirting with the man sitting next to me and didn't even offer a response. When drinks came around - I was handed a half empty glass with juice on it's exterior and borrowed a napkin from the next seat. Later I did get a napkin "thrown gently" over the person she enjoyed speaking with. I was happy to wait until connecting passengers disembarked before the local traffic, but was appalled when the more senior female steward stopped a local passenger who I know has anxiety about flying - to insist she let the other passengers off first. Air Canada needs to be educated on what human behaviour entails, before they can graduate to customer service. Together with my first name, you can know my last name is Floyd"

Voordelen: "The plain was new"
Nadelen: "I asked for a blanket and they told me that they are out of blankets"

Voordelen: "Plane left on time, smooth flight, arrived on schedule."
Nadelen: "1. Food very substandard. Hot food not very well prepared and rather tasteless, and snack was like a cardboard wrap with some salsa sauce in it. A disgrace to a major airline like Air Canada. Selection of drinks very limited. 2, Staff persisted in speaking mostly French, on an international flight. Some announcements were made only in French. As a Canadian, I can follow French, but let us remember that English is the international language. To use French is not fair to other nationalities, who expect English. 3. Seats far too close together for a long flight. There was more legroom on the Jazz flight from Montreal to Ottawa! 4. Entertainment kept breaking down. Headphones for my wife did not work, and eventually both of our screens went dead. Her's quit right in the middle of a movie. Bad!! 5. Boarding passes had zones on them, but these were totally disregarded in boarding. This resulted on overcrowding, long waits, etc. Hard on older people!"

Voordelen: "Seats are comfortable and I had plenty of leg room."
Nadelen: "No snacks offered with drink. Boarding wasn't well organized. Toronto airport is horrible... long lines at customs and security caused me to miss my connection for the second time in a row."

Voordelen: "Very pleasant flight crew and helpful. Always had a smile."
Nadelen: "The boarding process at the gate. There were 8 or 9 gates crammed into a small section of the airport. Literally packed in like cattle and getting to the gate for departure was a nightmare, people had to shove and push through the crowd. Not a good experience!"

Voordelen: "Air canada needs a serious serious overhaul of the way they treat their customers especially those working at the Toronto airport I find their employees have an "entitlement" mentality that other carriers do not Customer service seems to be a priority not talking to your coworkers about the weekend while serving your customers"
Nadelen: "There was one employee who suggested to take an earlier flight and was very helpful Little things go along way"

Nadelen: "Staff was rude. And I was seated next to an alchoholic"

Voordelen: "Eventually they got us there."
Nadelen: "They cancelled the sat flite. Little communication . Left us after 6 hours and 11 pm to fend for our selves with no luggage. No compensation. It was awful."

Nadelen: "No leg room, no tv's and no chargers."

Nadelen: "Someone else was sitting in our seats and when asked they said they had lost their boarding pass and hence don't know their seat number. I called the flight attendant for help and he checked our boarding passes and asked us to wait at the back of the plane. He stood there for another 10-15 minutes and we were not helped. Finally, another flight crew member came down to the back and asked us to sit in a row almost to the back with barely any legroom. I am 6'2" and was cramped into the seat. It was horrible!!"

Voordelen: "Lots of leg room. Friendly and helpful staff. Smooth flight and comfortable seats."
Nadelen: "We didn't like all the walking to get to and from the plane in Terminal 2, Heathrow. Anywhere else in the world would transport people by bus if it was going to be a twenty minute walk to the departure gate."

Voordelen: "An Air Canada rep over the phone"
Nadelen: "Gate agent, zero entertainment (and no warning that we should download an app inside airport), poor food, flight attendant wouldn't bring coffee to us (made us go to the back)"

Voordelen: "Nice plane."
Nadelen: "The flight was quite late. I was traveling alone with 3 kids and asked the attendant if he could help us get off early and/or find out at which gate our connecting flight was located. His response, "most people on here have connecting flights." We were unable to board the next flight despite running to get there with time to board, as "our suitcases would not make it." I feel the staff made no effort. At least 12 others also missed this connection and the very small plane could easily have been delayed to load the suitcases."

Voordelen: "Flight was delayed three times, gate constantly changing too. Money even replaced croissants/pastries in the Vancouver business lounge with toast to save money; the only hot breakfast now at 9.30 is a vat of porridge."
Nadelen: "The plane itself was in good condition, and the crew were capable and pleasant. The in-air experience was much better than the on-the-ground experience."

Voordelen: "The crew was good!"
Nadelen: "I wished that there were opportunities given for beverages. I also would have liked more explanations on how to connect to the entertainment."

Nadelen: "long wait at gate on departure had to walk back to security for re-check which is BS"