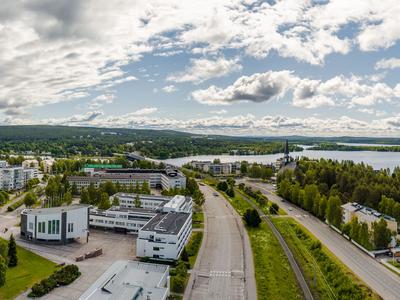 Voordelen: "Smooth flight"
Nadelen: "Better leg room, better food, friendlier crew. Today you only get good treatment if you pay extra for it... Something is wrong with the pay-for-good-service model most airlines follow"

Nadelen: "The transfer was a disaster. We had to go through the security check (even though the transfer was in the Schengen area) and almost missed our connecting flight."

Voordelen: "Everything! I never knew that Finnair was such a great airline."
Nadelen: "Honestly, nothing could have been better."

Voordelen: "I got to my destination"
Nadelen: "Endless waiting and lost luggage. Excuse was unpredicted weather conditions. It was snowing in Finland so they had to clear the Ice from the planes.. Snowing in Finland? How uncommon is that during December? I think most of this is poor ground handling In Helsinki."

Voordelen: "reasonable leg room comfortable seat"
Nadelen: "No choice of food and service was quite slow but meal was fine the breakfast was ghastly a continental option would be much better"

Voordelen: "The blueberry juice was good!!"
Nadelen: "Sitting by the bathrooms. There weren’t even pretzels."

Nadelen: "The plane landed much later than expected, and I missed my connecting flight to Moscow. While I was given another boarding pass, I had to have another layover in St. Petersburg, and fly to Moscow from there. The flight turned out to be much longer, and much more exhausting. My overall experience was unpleasant."

Voordelen: "The crew was very helpful and kind. The plane extremely comfortable"

Nadelen: "Security service in Helsinki is quite unprofessional. It does not understand EU Security Rules for liquids at airports. Where do they find such guys?"

Voordelen: "No food or entertainment"

Voordelen: "Crew was awesome. Entertainment was good."
Nadelen: "Plane was late leaving Helsinki due to broken latch, which made us late getting into Chicago. After landing we waited at least 45 minutes to get to a gate. It took at least 30 minutes to get off the plane and then getting through customs was a nightmare. Arrival board at O'Hare said plane was on time, but listed gate as 0, which of course doesn't exist so our ride home had no idea what was going on or what was taking so long and ended up waiting over three hours for us to get through everything to meet them."

Voordelen: "The shorter flight to Zurich was on a smaller plane than the overseas one, but I'm not sure what model. It seemed about average for comfort; overhead bins held my backpack easily, while I find many older planes do not. Coffee or soda was free, everything else was for sale. Attendants on this flight were very busy and very friendly. Check-in was run very efficiently. My check-through luggage arrived intact. Overall a good experience on a two-hour journey. Plane arrived about 10 minutes ahead of schedule, which is always a plus."
Nadelen: "No real issues with this flight. it accomplished my objective - to get to Switzerland intact, with a minimum of fuss."

Voordelen: "The plane was good, the flight time was nice, just 9.5 hours."
Nadelen: "The boarding was kind of chaotic, but the crew was kind. The plane seemed comfortable but the seats sit too far back, so when the person in front of me sat his seat back, his head was almost in my lap. It made it hard for me to move or read or do anything. The food was super bland and the drink options were pretty limited. The entertainment selection was much more limited than most flights."

Voordelen: "Great customer service; food was good; excellent movie selection"
Nadelen: "For some reason about half of the passengers had to have their boarding passes reissued so departure was delayed- thus arrival was delayed & some passengers missed connections- I had plenty of time so it wasn't an issue for me"

Voordelen: "We didn't make it to Helsinki so I can't say anything good!"
Nadelen: "Justfly.com screwed up on our reservation and failed to properly ticket our lap child. This caused us to not make the flight! Justfly.com hasn't done anything to rectify this issue!"

Voordelen: "leg room, service, movie selection"
Nadelen: "the arm rests don't go up, the food was weird. It's nice that they served two meals but both of my vegetarian option meals were cold and unidentifiable."

Voordelen: "I'm so happy to be able to travel with my small dog in cabin. I've travelled from Miami to Helsinki and back with a dog at least 30 times in the last 16 years. The service has always been very good. I choose the airline always based on what's best for my dog."

Voordelen: "was very disappointing that website doesn't have full information regards the second bag check in. The cost is different from checking on the web and checking at the airport."
Nadelen: "all the info should be listed on the web as well that the cost is half more than the website"

Voordelen: "Yes, in general I like American Airlines so I was happy with flight in general"

Voordelen: "World best airline since my last flight to Hong Kong. New aircraft with the most confortable and complete flight experience I had in years in economy class. Seat confort, movie selection and quality of the screen, food quality, boarding speed, cabine pressure, all was immaculate."
Nadelen: "They promised an upgrade to premium economy and then they didn't follow through, they lied when they said that row 30 was premium economy, all this felt very very weird. Jacqueline the flight attendant recognised the problem and gave us premium headphones to make up for the error."

Nadelen: "They left my baggage behind!!"

Voordelen: "Good movie selection"
Nadelen: "Only drinks with dinner, other airlines serve the whole time. Limited selection of drinks. Other airlines do not limit. Not enough leg room and I'm only 5'7. Seat in front leaned back to far."

Voordelen: "Friendly and helpful crew"
Nadelen: "Boarding process was caotic. We were delayed boarding and arriving. No explanation. Meal selection ran out by row 46 (of 57?) Not choosing finnair to fly with again"

Nadelen: "My knees dug into the seat in front of me. No hand cleaner provided with food."

Nadelen: "Usually, in the morning, a light breakfast is served. This time, there was none."

Voordelen: "The crew did an excellent job definitely went beyond good service, I enjoyed the food and they came often offering drinks. It was probabky my first long flight I wasn't thirsty at all. Overall I was very happy with my trip hope thank you!"
Nadelen: "I got slightly cold at one point and wished the lights were I little lower but I understand why the weren't."

Voordelen: "I loved the service. The flight attendants were attentive and courteous. They walked through the cabin periodically to offer water in the 6 hours or so between meal services, and also had self-service drinks and snacks in the galley during that time. Flight attendants asked passengers to put their seats forward during meal times, which very few airlines do. It was the same level of service I have come to expect from the Asian carriers that I usually fly (ANA, Japan Airlines, Cathay Pacific, Singapore). The meals were fine, and so was the entertainment. There was a decent choice of movies."
Nadelen: "The economy seats were narrow and cramped on the A340. I was in the first row of economy that wasn't premium economy. Even though the person in front of me had loads more legroom than me, he had his seat all the way back for almost the entire flight and hit me in the head while I was reaching for my bag under the seat in front of me. In order to get to anything in my bag, I had to put my head into the aisle because there wasn't enough room to bend down. Because of the angle of the seats, it was nearly impossible to get into and out of the row (and I was on the aisle)."

Voordelen: "I like the Airbus A330 model's that AA flies from Charlotte on European destinations. They are the former USAir A330's and they are nice both in business and economy. There are no premium economy seats on this version. And Charlotte is an excellent airport to fly from/to."
Nadelen: "I wish there was a premium economy offering on this plane. The first row of economy is sold as such but is really nothing like prem economy apart from additional legroom."

Voordelen: "everything was ok."
Nadelen: "I couldn't check in on time as the booking numbers were different on the actual company that was flying me. I was trying to do this on my phone and I had to call in each time. couldn't do it on the computer."

Voordelen: "crew was friendly and courteous"
Nadelen: "had to be bussed to different part of airport to board plane no sound on the entertainment console"

Voordelen: "Crew staff pleasant although did not particularly take the initiative to help customers."
Nadelen: "Boarding process at Heathrow was chaotic. Could not hear announcements and the response was a large crowd pushing towards an unclear entrance point. The seats are quite small and recline a minimal amount My biggest complaint is that four of us traveling together could not be seated in close proximity to each other, despite making that request over four months before the flight. Extremely frustrating to deal with check-in process as well--because we booked on Finnair, we could not use online system. This was an aggravation considering we were traveling. And--one of our bags was left behind in London. \"

Voordelen: "Usually a 7 hours flight is a torture for me, but with their outstanding service I didn't notice how time flew by.The flight attendants were providing us with all necessary information about next connections."

Voordelen: "Everything good except getting bag after flight."
Nadelen: "Took over an hour at baggage claim."

Voordelen: "Crew was (as usual on BA flights) friendly, attentive, and personable."
Nadelen: "Boarding was a bit chaotic. Everyone was all bunched up and you could not get through when your rows were called. Also, when they "boarded by rows" the called rows 23-50+ all at once so that people were all bunched up in the isles of the plane. It really did not help"