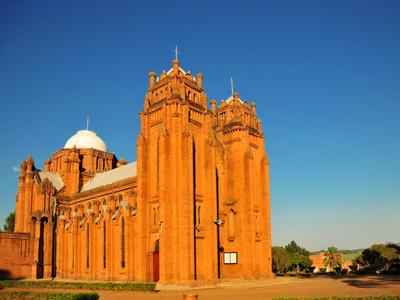 Voordelen: "The food!! The flight was in time and also the flight attendant were so available and caring"
Nadelen: "I have wifi in board for an hour for whatsapp messaging I would have beloved to have it all flight"

Nadelen: "The cabin crew had masks to protect themselves I think against the threat of Coronavirus. We passengers did not have them. It looked awkward. How about if instead of handing out headsets they gave passengers masks?! Overall I enjoy ET."

Voordelen: "New airplane was comfortable and clean. Food was just okay."
Nadelen: "We had to transit in Addis (connecting from Dakar) and the whole experience of going through the Addis airport, getting the voucher for the hotel, and going to the hotel was horrible: it took forever going through immigration and getting a simple stamp on the voucher (the latter an unsafe experience and time consuming, with hundreds of people piled up to get those stamps from just two people, crashing again each other, with no order, no lines). Somewhat there has to be a better way to manage this and make the experience safer and more comfortable to everybody. For instance, just enforcing to stay in line and organizing the lines would have saved everybody a lot of time and effort."

Voordelen: "Crew was so nice and very helpful"
Nadelen: "Timing, delayed by 20 minutes"

Voordelen: "Crew was good. Aircraft was fresh and clean."
Nadelen: "The movie selection is very mediocre"

Voordelen: "The staff and flight attendants were pleasant. Good entertainment and comfortable enough seats."
Nadelen: "I wasn't looking forward to the 11 hour flight, however the 4+ hour delay was a significant inconvenience. We were on the tarmac in Abidjan for almost an hour, before we were informed that there were some technical issues. We were told it was a minor issue, until clearly it was a large enough issue as a lot of time passed by. Air stopped flowing so many passengers including myself became uncomfortably hot and dehydrated. The flight attendants only came down the aisle once with water, which was not considerate enough given that the air stopped flowing. Finally close to two hours later passengers we instructed to disembark without mention of how long the wait would be. We re-boarded the flight after about an hour and only then were informed that there was not enough power to fly the plane. Once we took off the air flow returned and the flight overall was pleasant. While safety of course is a priority, especially for a long overnight flight, communication could have been much better."

Voordelen: "Not much, actually."
Nadelen: "None of the air stewardess has a smile on their face when talking to or serving passengers. I’m not sure they know how to engage with passengers in a friendly way. My entertainment screen wasn’t working. After resetting, it took them an hour to inform me that I could move to another seat if I wanted to, as they couldn’t resolve the problem with the screen. The food lacked in flavour and the sausage served for breakfast was undercooked."

Voordelen: "we had an overnight stay in addis ababa so we got a free accommodation in town, that was so great, a chance to see town and get a good night sleep before our next flight. the plane is big with screens so you can watch movies, the seat is comfortable, even for a tall guy like me (1.9 m)."
Nadelen: "It did took a lot of time since we landed until we got our bus to take us to town to our hotel. we waited in the airport for more than one hour, it was late, and we were tired. but after we got to the hotel, it was perfect"

Voordelen: "I liked they way how did they respect time ( punctual). They were so nice with passengers."
Nadelen: "Nothing."

Nadelen: "Rude flight attendants and desk staff that were not trained to do check in well. No entertainment available."

Voordelen: "Seats are delapidated and food is ok!"
Nadelen: "Crew were very good"

Voordelen: "The flight crew was nice. We received a hot lunch even though it was a short flight which was nice."
Nadelen: "Boarding was interesting. It should have been an easy boarding as it is a small regional airport. Instead it seemed they went out of their way to make it as confusing as possible. Instead of going through security over here lets have you wrap around the hallway to just have to come back to where you were before?"

Nadelen: "Lost my bags, missed two connections due to delays, took a bus home instead"

Voordelen: "The food served is awesome and sufficient. The flights are comfortable and the crew are friendly. My luggage came right on time and was properly handled"
Nadelen: "Well there was no entertainment in the flight. That is it"

Voordelen: "ET's on board crew is excellent. The food is great."
Nadelen: "Delay.....again."

Nadelen: "Your cheapo ripoff insurance wouldn't pay when I had to cancel due to terrorism threats in and around Ouagadougou. Is there ever a better reason to cancel a flight?!"

Voordelen: "the air craft was very good and the comfort is good no complain..."
Nadelen: "i did'n't like some of the cabin crew the way they are ....and am very disappointed from kinshasa to my check in i did ask a lady about my bag, she told me i will get my bag to cape straight, and i did ask her two times about the bag, she keep saying the same thing i will get my bag to cape town, so until now i haven't find my bag yet, the number they gave me from the airport no body pic up the phone, so i don't know what i can i do to get my bag......if you can hep me in this mater please contact me on my email or on my cell number 0027 78 470 6195. thank you your best regards."

Voordelen: "Extra comfort and quiet in business class worth cost"

Voordelen: "crew was okay on board."
Nadelen: "delays, delays and no answers about the schedule from anyone. poor food, poor entertainment. the plane was small, crowded and a disguising smell all over."

Nadelen: "everything about it, from the random cancellation of my flight, to missing my connection, and their inability to get me another flight, spending over 24 hours in travel for a mere 6 hour flight. No customer service, would never recommend Ethiopian Airlines to anyone."

Voordelen: "I need a refund what do I do for a credit?"

Voordelen: "Boarding and the programmatically were fine."
Nadelen: "It was a middle of the night flight and everyone was sleeping. The lights seem to come on every hour."

Voordelen: "Excellent friendly service on both legs of journey. CC were easily the highlight. Meals in economy were mucccch better than in business class which is mind boggling. They've got to get this element right. My biz meals looked like it was just dumped on my plate pretty embarrassing. Onboard entertainment could also be improved ...."