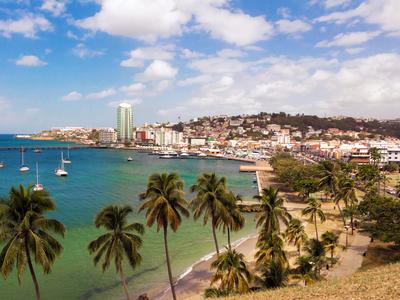 Nadelen: "Boarding was a disaster as my companion was selected for random search which held us up as there was no urgency to process us. Then there was no sign for where we should go since upper deck on 747 so we went in "economy" line as indicated on ticket and then was sent to correct line when we got to the front, wasting more time. The seatrs were the most uncomfortable I have ever beeon on for a long flight. I also paid extra to be in the exit row, to have people constantly congregating in front of us."

Nadelen: "The Premium Eco seats are a catastrophe. They don't recline: the seats only slide down slightly but the upper part of your body doesn't move much. This makes for a poor experience, especially on a night flight. Except if you need the extra width, Eco has better value."

Voordelen: "Punctual"
Nadelen: "They forced me to ceck my trolley because i had a suit with me!!! And the airplane wasn’t even full. Even worst they allowed some pieces of “hand luggage” that were double the maximum allowed size"

Nadelen: "This airline charges for everything, and after you pay once, they try to charge you again, and again, and again (four different people tried to charge me 4 different times for my two checked bags). And they lost the record of my payment, so I had to show 4 times the Amex receipt showing that I had paid before. It took 45 minutes and 4 non receptive agents for me to get my luggage checked. British Airways is significantly better."

Voordelen: "The sear was messy they didn't clean it it was full of pieces of bread."
Nadelen: "boarding the flight on time instead of delaying it two times... and also putting the information at the flight information screen if I haven't gone to ask to the airport information stand I would never know the flight departure gate that was at the complete opposite side of the airport of were the initial flight was going to depart."

Nadelen: "I dint like the way you guys sold me the tickets with only one bag to check in with when I went to the airport I’ve got to pay 58 pounds extra I was not happy with you guys so next time you have to tell your customers before they buy the tickets that’ it’s one bag check"

Nadelen: "Kayak updated me that my flight would be late. It wasn't. Missed it had to pay $700"

Voordelen: "The comfort of the flight snd kindness of the crew."
Nadelen: "My connecting flight to san francisco was through Delta, which it was on a different terminal, I had to carry my luggage out of the airport in order to get to delta’s terminal - the buildings are not connected."

Voordelen: "crew was great, seats were comfortable"
Nadelen: "departure board listed flight as being boarded and gate closed hour before flight leading to confusion and standing in queue for over an hour, part of food was frozen and inedible, paid for upgraded seat which turned out to be by bathroom smells were as bad as you can imagine"

Voordelen: "Crew was nice."
Nadelen: "Food could be better, or at least be provided an option to purchase an upgraded meal. Also, insufficient amount of drinking water provided to passengers."

Voordelen: "The food selection and drinks, given our coach class, were excellent. Nice attention to the passengers."

Nadelen: "Crew forced me to change my upgraded comfort seat to accommodate a 12 year old who they knew was going to be airsick. So I spent the first half of the flight next to a vomiting girl. Only after I asked to file a complaint, they allowed me one of two empty seats in premium. Terrible customer service."

Voordelen: "Left on time. No turbulence."

Nadelen: "Not really an Air France flight, AF not interested in taking care of their frequent fliers."

Voordelen: "Intranet wifi meant I could watch entertainment on my iPad"
Nadelen: "Seats are very uncomfortable"

Nadelen: "It was great trip thank you Air France"

Voordelen: "The staff were very helpful and professional. The air hostesses regularly checked if I was ok and showed concern when I wasn’t. They made what seemed a bad situation seem bearable."
Nadelen: "The food was not very nice and the option I wanted had run out. The entertainment was faulty and had to be reset several times. The comfort was below standard and needs to be improved."

Voordelen: "Short flight so I can't really complain. It was no frills, standard small aircraft with no high tech entertainment system. Seats were fairly comfortable"

Voordelen: "The entertainment has great selection. The crews were much friendier than the flight from SFO to Paris."
Nadelen: "The seat padding is rather thin."

Nadelen: "Long delays to go through security screening and then further delays as the plane was still being fueled at departure time."

Nadelen: "Told us to get in line for boarding and review our tickets and then made us stand there for 75 minutes before boarding."

Voordelen: "Boarding this large plane went relatively quickly and orderly."
Nadelen: "Seats were tight and got a bit uncomfortable. This was a long flight. Could use a much better cushion."

Voordelen: "If the flight would have leave in time we would receive our luggage in time"

Voordelen: "The crew was super friendly and always gave the feeling that they want the customers to feel comfortable and enjoy the flight. One of the crew members even offered me to move to an emergency exit seat (without me asking to move) because I am tall. Amazing!"

Voordelen: "Speed, courtesy of the flight attendants"
Nadelen: "Landing was a bit rough, understandable due to the weather."

Voordelen: "The price 50€ cheaper than the other operators. Quick flight. Kind crew."
Nadelen: "Lack organisation for checking. No difference if you have done the checking online. No breakfast on a 7am flight though included in the price."

Nadelen: "My baggage was broken"

Nadelen: "There are always delays. Today it was that internet was down."

Voordelen: "The seats are spacious. They give you great amenities such as a toothbrush, etc. The crew was very nice. The food was also superb for airplane food."
Nadelen: "The check in process was terrible at SFO. We all felt like cattle being herded on. It was such a mess. The seats are surprisingly uncomfortable in premium economy. The headrest is not conducive to sleeping."

Nadelen: "The air France flight was overbooked and we had been in standby until the last minute"

Voordelen: "Being able to have my meal at the airport before my flight so that I could sleep in comfort."

Voordelen: "Air Canada's fights to and from Regina to Milwaukee are way to long"

Nadelen: "The attendants could have been more hospitable"

Nadelen: "There were delays (3 times)"

Voordelen: "I liked the food"
Nadelen: "Crew could have been more available. Once we took off, rarely to be seen."

Voordelen: "Good movie selection, crew was nice"
Nadelen: "Didn’t wake me for breakfast, my headphone jack didn’t work so I had no entertainment, flight was delayed 2 hours sitting on the tarmac without explanation"

Voordelen: "The in seat entertainment."
Nadelen: "The seats were uncomfortable and very small. No offering of water or soda other then the one time."

Nadelen: "There’s not enough leg room & no food other than pretzels"

Voordelen: "Friendly staff, comfortable seats, good, easy to use entertainment. Everything you would want on a flight. I have never flown air canada before, but definitely will again!!"

Nadelen: "Sound system on the in-flight movie was horrible. Headphones didn't work in the jack, static obscured the sound. Tried different headphones but had the same result. Not too much of a problem. Flight was short and wouldn't have had time to watch the full movie anyway. Everything else was great. Staff was amazing. Seats were comfortable. Boarding was fairly quick."

Voordelen: "The Air Canada app to have access to the entertainment on board did not work."

Nadelen: "Too short period between 2 flights, barely have time to pass the border, almost miss the next flight. No inventory of food."

Nadelen: "Long time till take off"

Voordelen: "Food was good. Flight staff was pleasant."
Nadelen: "Boarding took forever. There was a child that screamed the entire way. Wish flight staff was trained on calming children, even though I know it was just bad planning on the parents. Also wish there was a hygiene policy. Half the flight was not wearing deodorant, and you could tell."

Voordelen: "I do not intend to use Kayak again because it is extremely difficult if not impossible to make sets reservations even though I am in Executive class."

Voordelen: "Not a thing. Not a single thing. Truly no reason to encourage this airline."
Nadelen: "Absolutely awful experience. Zero entertainment options, save for BYOD which didn't even work for me - never was able to watch more than the first 30 seconds of anything, provided it would work at all. Also the film selection, had it worked, was wretched. Food was bland even by airline standards. Flight was delayed. I'm used to sleeping on these flights, even flying economy, but these seats were even more cramped than I'm used to. Perhaps all this would be forgivable had my flights been cheap, but no - it was about the most expensive trans-Atlantic flight I've had in recent memory."

Nadelen: "because of the turbulence there was no dinner"

Voordelen: "Crew was great."
Nadelen: "More space for legs on the plane."

Voordelen: "Wonderfully attentive crew - they looked like they were happy to be there and didn’t act all rushed and frantically sullen. The food was extraordinarily delicious and satisfying - best airplane food I’ve had apart from Etihad."
Nadelen: "Business class seats on this Air Belgium Airbus are too snug for larger people, so there should be more room. The flight was 45 minutes late taking off from Warsaw, which caused me to miss my connection in New York."

Voordelen: "The crew was attentive."
Nadelen: "Flight was delayed two hours causing me to miss my connected flight. There was no communication from the crew as to why."

Voordelen: "The baggage was delayed at transfer due to the first leg was delayed. The service could be better and food definitely needs to be better. The aircraft is okay ish for the old 340 but it’s actually better than the 787 operated by the same company."
Nadelen: "Food"

Nadelen: "EWR boarding was a mess. Additionally plane this size should be parked at the gate after landing, not using busses in Warsaw to transport to the terminal. Flight attendants were not too polite too."

Voordelen: "Lost my baggage."
Nadelen: "Not loosing my baggage!"

Nadelen: "No Wi-fi a lot of delays"

Voordelen: "The crew was amazing."
Nadelen: "The seats sucked for 8 plus hour flight."