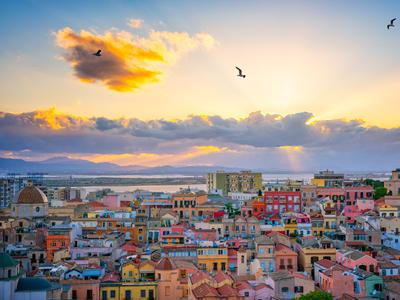 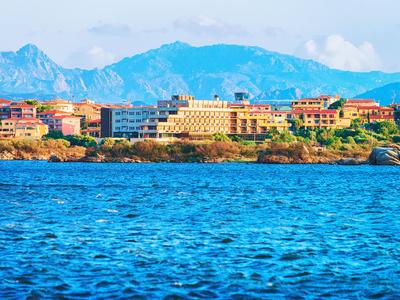 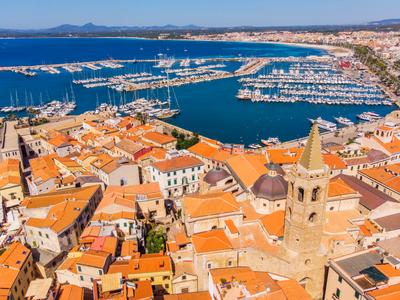 Nadelen: "Girl at the bording desk got in an argument with an passenger and she could have managed it a lot better then that."

Nadelen: "WizzAir's service. The flight had an 8 hour delay due to bad weather, while Tarom had a flight on the same route, under the same circumstances, and managed to fly to and from Valencia within a much more acceptable 2 hour delay."

Voordelen: "Absolutely nothing"
Nadelen: "Everything"

Voordelen: "We had an eventless and safe flight and it was not too cold on the plane."
Nadelen: "There was no paper towel in the toilet, the water for the tee was not warm enough to have tee. We have been told to have 10-20 min delay we arrived much later. And the intonation of the speaking stewardess was so annoying that you could not listen to it :( These are minor things but can change the customer experience."

Voordelen: "I was at the gate. Before the door to enter the airplane. The Hungarian crew wasn’t telling me that they are closing the gate or going to close it. They completely ignore me and let me stand there and at the end I see the door close in front of me, 2 meter from me and they told me I mised flight."
Nadelen: "I lost my money and I had to buy new flight with other company. Wizzair crew at budapest was very rude and didn’t take responsibility for the mistake they did. They could just say they are closing the door but nobody did. 2 meters from me and after I passed all security they ignored me completely."

Nadelen: "Flight was over booked"

Voordelen: "Extra legroom seats are a godsend (but that's applicable to any airline, not just Wizzair, although they do seem to have a few more of these than other airlines - low cost or not). Also, despite a 35 min. initial delay, we eventually landed only 15 min. later than the scheduled time."
Nadelen: "The boarding process at Gatwick was disastrous. There were only 2 agents, none of which spoke proper English. Also, one of them was busy checking each individual carry-on bag with unnecessary extra scrutiny, only to provide customers to the second agent, which was taking the payments for extra bags."

Voordelen: "The crew was so helpful and nice"
Nadelen: "I was happy with everything"

Nadelen: "1. The check in was delayed and very chaotic. 2. The landing was horrible 3. The plane was not comfortable ."

Voordelen: "The price"
Nadelen: "The borsing from terminal 1 is should be highlight The man in the check in and bording wad not nice at all. He didn't answer any question. They took our hand bag. We couldn't take it to the plan and no one explaon why."

Nadelen: "With WizzAir no more in my life it’s even worse than Easyget or Raynair even if you have a cabin suitcase you still have to check in you can’t take it on a plain anymore. Really disappointing and they are not that cheap as they think. £90 one way from Kiev to Luton it’s a bit too much"

Nadelen: "The flight was delayed and there was even no information about it. Gate number was changed after boarding time and we didn’t hear any appologize not even receive some meal vouchers or food on board. We arrived more then 1 hour later- I can not evalute this as a good service."

Nadelen: "Couldn’t check in online. Got to airport to be told I couldn’t fly because fully booked. Still here in Macedonia. The earliest they could fly me back is Tuesday. Absolutely disgusting , fuming !!!!"

Voordelen: "Nothing really"
Nadelen: "The staff took ages boarding us because they were obsessed with trying to scalp people for exceeding baggage limits. Nothing free aboard, no entertainment, the seats were uncomfortable too."

Voordelen: "Everything was on time, no delays. Polite crue. Easy boarding."
Nadelen: "The seats are not comfortable at all"

Voordelen: "Pilot flew well Cup Noodles available to buy"
Nadelen: "1h+ delayed No information from the staff or crew (only one apology from the pilot) Left waiting in multiple places including outside the aircraft No updates whatsoever on estimated departure and arrival"

Voordelen: "Nothing!"
Nadelen: "My husband was seated in row 2 and I was seated in row 29, even though there were many spare seats in blocks of two and three that we could have been sat in; then I was forced to put my carryon luggage in the hold, meaning I had to wait ages at the baggage reclaim on arrival, and was late for my air BnB check in. When I booked my flight I deliberately chose not to check any luggage, spent time planning what to take so that it would fit in a carryon bag, and measured out my liquids into small bottles so that they passed the liquids restrictions: all effort and time spent in vain due to Wizz Air. I was furious!"

Nadelen: "standing 1 hour in the bus before boarding,than telling you that will be 90 minutes late take off"

Voordelen: "Price and schedule. Going on time with no delays. Good value for money."
Nadelen: "Very hard on baggage policy"

Nadelen: "Priority: advantage only on call. Afterwards no adantage afterwardsroom for hand luggage"

Nadelen: "Before bording a man ask me to gollow him to mrsire my bag and let me pau 40 pound because its litle bit biger than he want and let others pass woth biger bag ."

Nadelen: "The whole process of wizz Airlines is terrible. No customer service at the airport to hidden fees to airport 3rd party contractors who don't care at checkin Do yourself a favor just book a major carrier of your choice instead of saving 100& on weak I mean wizz Airlines. It will make Budapest a more enjoyable time before you touchdown."

Nadelen: "Arrived at the airport 2 hours before departure, I was not aware you can't checkin at the airport and need to pay 30 euros for it. The treatment and the attitude from the personnel at the check in counter was rude, they were short and unkind The staff member in charge of charging for checking was incredibly slow, there were 4 people in line including me and it took her 40 minutes to charge me the 30 euros This was after I already stood in line for the ticket for another 30 mins I almost missed my flight due to their poor handling"

Voordelen: "The plane and crew from Pilots to Flight staff more than perfect. We was kept informed all the way as take off was perfect, and the landing at London Luton was the best have ever had as you normally land land then get an extra hard heavy jerk to slow us down extra hard braking. The Pilots of W6 4503 on 23rd of August 2017 is a credit to your company as they landed without the extra hard braking you normally get. Those pilots both of them should teach the other pilots's of your company how both of the pilots did it, and even teach other airline pilots the same IT WAS A VERY SMOOTH LANDING. Give the pilot's a commendation or an award as I would like those pilot's on any of my flights I have in the future. You can let them know it was me that told you to credit them in the highest award they can get please. Let their bosses, and company owners know this as well. So maybe if you call them in the office for something PLEASE CREDIT THEM for the PERFECT LANDING MORE THAN A CREDIT TO YOUR COMPANY as I put that ion bold to enforsize a perfect landing."
Nadelen: "I was in 24B middle seat which was very cramped as the seat too small and back of seat too low, knee area not enough, no chance of getting to sleep as you cannot get comfortable enough as you cannot even sleep on the tray, kids screaming all around me, people behind me kept kicking moving my seat, people in front of me too loud Bulgarian's. At Varna airport me and others queued up in check in 2 and 3 patiently, and after about 20 minutes queuing two people jumped the queue in check in 1 as the second guy I had to tell him we have been waiting you cannot jump the queue and to go to the back of the queue, and a guy walked straight into check in 1 before check in 2 and 3 was opened and got his bag done, and a big group of people with prams etc was not even in check in lane 1 where they was sorted out well before us queuing as they just turned up and got there bag etc slips on the prams etc. A lot of the information on board was in Bulgarian and not in English only a very small thing NOT TO BLAME THE PLANE STAFF in any way."

Voordelen: "I will never take flight with this company again!!!!! The worst ever shame on you"
Nadelen: "Layers"

Voordelen: "Friendly staff members"
Nadelen: "They didn't have blanket and it was very cold.."

Voordelen: "Horrible company never book with them"
Nadelen: "No hand luggage Normal luggage is the most expensive in the market ! No customer services ! Do ur self a fav and don't book it"

Nadelen: "Vueling staff avoiding the issue of wanting to talk about why they sold more seats than are on the plane — telling me that it was my fault and that I should have checked in online earlier. This, despite technical problems with their online checkin system not allowing me to do so."

Nadelen: "Het is heel krap om te zitten. Maar de prijs was goed. I guess you get for what you paid. Het was niet slecht."

Voordelen: "It was fast to board, otherwise it was ok"
Nadelen: "well it is low cost so you never have something to eat, and the place are not large but for the price it make sense"

Voordelen: "Fast flight with no issues"
Nadelen: "Check In- as the airport was so busy, I nearly missed my flight due to queuing in lines for long times and poor communication form airport staff as to priority boarding etc"

Voordelen: "The onboard crew was friendly and polite"
Nadelen: "We showed up 3.5 hours early and barely made it onto our flight Check-in was so disorganized that we spent an hour waiting in the wrong line line. We were told on the phone that we did not need a boarding pass but that was a lie. We got sent to multiple wrong lines afterwards before finally getting to the right line. I have flown countless times, had flights delayed and cancelled and this has to be more worst flying experience I have had."

Voordelen: "That i made it through all this"
Nadelen: "People cut in the line, seats are almost wooden."

Voordelen: "Was quick and easy"