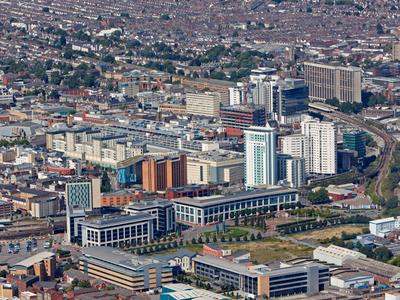 Nadelen: "Keep the temperature at a more reasonable level. Blankets + two layers of clothing was definitely not enough."

Nadelen: "A little bit chaotic when they loaded two planes at the same time in a very tight space in Amsterdsm but this was most likey an airport soecific design issue and not a KLM issue. The flight was as good as can be expected fir an international flight. The staff was great"

Voordelen: "Planes were on time and connections made."
Nadelen: "One bag delayed as not put on flight and food could be better."

Nadelen: "Half the screens were not working - crew were made aware but nothing was done. Vegetarian choices were poor to non-existent ; I witnessed crew insist to a passenger that there were no vegetarian options! They finally cobbled something together for him but not a pleasant experience"

Voordelen: "Service and crew amazing friendly and went out of the way to Make u feel special even the pilots gave updates thru out the flight"
Nadelen: "Not being to help on the ground in Copenhagen with delta issues"

Voordelen: "The crew was amazing, flight on schedule and good entertainment."
Nadelen: "Space is just reasonable on a long flight, even if there's seats more spacious that you could choose if you pay more."

Voordelen: "The bed was comfortable. Entertainment selection and large TV screen was good. The KLM crew is amazing, as usual."
Nadelen: "Food quality was not so good."

Nadelen: "Flight 2 hours delayed, started boarding but had to wait on line 10 more minutes on boarding ramp for plane door to be opened, upon landing in Dublin had to wait on tarmac for anther 15 minutes for stairs to arrive and be connected to airplane. Then had to wait another hour for checked luggage...."

Nadelen: "I bought tickets thrue you for me two months ago Iit went well but on the last few days I also bought ticked for my brother and his wife and it was a disaster night mare for them bound for Montpellier too to attend a wedding the damn suitcase didn’t get to final destination it was at Orlando but got"

Voordelen: "Crew was amazing, seats were comfortable with enough leg space even without choosing extra space seats. It was my childhood dream come true to fly with KLM. It was really an exciting trip for me, just that it was short."
Nadelen: "Well, for me everything was on point. Those who have never travelled with KLM, I would encourage them to do so and I’m sure they will not regret."

Voordelen: "Very pleased with KLM - efficiency all round and especially the baggage handling at Schipol swhere I had 20 minutes to transfer and my baggage came back with me to the UK which is no mean feat given the hustle and bustle of such a large airport"
Nadelen: "No downsides at all"

Nadelen: "Too much light in the cabin because of too many screens on. Should have a separate part of the cabin with screens off allowing one to sleep more easily."

Nadelen: "None of our 4 checked bags arrived with us. This was despite ample connection time (2+ hours) in Amsterdam."

Voordelen: "Nice people and good service"
Nadelen: "Not much"

Voordelen: "Everything was clean and well organized."
Nadelen: "The flight was delayed 1 1/2 hours."

Voordelen: "Boarding was as expected, crew & food were ok. Nothing else positive to extract out of this flight."
Nadelen: "Delayed flight, horrible baggae policy when the flight is actually operated by a partner of the company you bought the ticket from and not the actual company. Dirty seats, no in-flight entertainment whatsoever (not even a magazine)."

Nadelen: "Actually the Welcome on board announcement. The part where they special welcome loyalty program members. I do not get that... I am an explorer holder my self, but really?? so other paying customers are not as welcome. This is leftovers from the older days.."

Voordelen: "Nothing"
Nadelen: "Super delayed. Could have fixed the issue BEFORE we were sitting on tha plane for TWO hours"

Voordelen: "crew were absolutely delightful, full of smiles and doing everything to make you comfortable. seats were fine enough and got some work done and a bit of sleep. first lunch was fresh and tasty, but the second, a burger, was edible, but not much more."
Nadelen: "tv screens are dated so movies are not as crisp as you find in newer planes. you need a 2 prong audio adapter to use your own headphones."

Voordelen: "The time keeping was very good. We left on time and arrived early on both occasion. Good organisation. Excellent service."
Nadelen: "Nothing"

Voordelen: "Crew was friendly..business class seat was very comfortable and seemed wider than most Nice power outlets great entertainment system"
Nadelen: "Row 6 in business is after the first 5 rows and Galley and restroom. Very awkward"

Voordelen: "Staff where nice and flight was on time"
Nadelen: "I flu with my baby 18months and my partner, we were sat separately which didn’t help me at all as my child just kept asking and crying for her dad. No space to put her on my lap as she is a lap child."

Voordelen: "No frills, got to Malta for a very affordable price"

Voordelen: "Flight boarding was delayed but arrived on time to the destination. Cheap flight"
Nadelen: "No entertainment or free snacks/water. Flights were cheap but you can't cancel them, just modify the reservation. I bought the return flight to a different airport by mistake but i was not able to cancel"

Nadelen: "I realized I made a mistake it’s my date five minutes after my booking . There was no options all to do any changes"

Voordelen: "I like a quick and efficient boarding process."
Nadelen: "I don't like to sell foods in the airplanes."

Voordelen: "Price"
Nadelen: "Crew was rude. They look loke their are not happy with their jobs... is that the case they shouldn’t be working with people, customer service skills is the number one requirement to have a successful business."