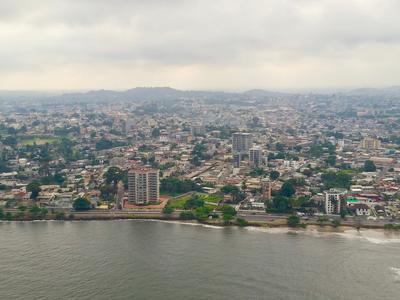 Voordelen: "The crew whas perfect, the seats comforted and the food whas good."

Nadelen: "Ethipian Airlines overbooked my return flight and did not offer me an alternate return flight so I could return on my designated date. They instructed me to come back the following date to fly. I was not compensated nor offered at the very least an apology. The ticketing staff was unprofessional and attempted to blame me for not flying. Do not fly Ethiopian Airlines out of Accra ever!!!"

Nadelen: "The chicken was undercooked."

Voordelen: "The crew was Excellent"
Nadelen: "There is to many delays in the night flights, this should be improved."

Nadelen: "Food must be better"

Nadelen: "Addis Ababa is chaos and not clean."

Voordelen: "Fine flight with good meals."
Nadelen: "TV was broken, had phone so it was okay, the frustrating but was the call button. I rarely hit it, did this time for an arrivals card, the guy beside me messed his up and used mine while I was sleeping. No problem, until I hit the button. No one came for more than an hour, I even made eye contact."

Voordelen: "Land crew attention was polite and nice"
Nadelen: "Restrooms on board was dirty, no toilette paper nor tissues. One fight attendant was particularly impolite, hitting and pushing instead of asking"

Voordelen: "Comfortable seat and fairly friendly crew"
Nadelen: "Better reception and understanding at the airport. The staffs are not considerate."

Voordelen: "Crew was very nice, very helpful"
Nadelen: "3 hour delay in flight from Chicago to Ethiopia due to ‘mechanical issues’ made me miss my connection. I was put up in a hotel, but woke up in the middle of the night to roaches all over the place. Not the best experience"

Nadelen: "Unsufficent information about boarding ..I missed my flight I will never use this service again ... complete waste of time"

Voordelen: "Staff was pretty helpful and you could mostly get what you needed if you didn't mind going back to the galley for it."
Nadelen: "Boarding was literally unsafe (too many people going down an escalator into too small an area). Terribly bland food. Buttons on the seat rest too easy to push accidentally (for things like the light or to call a flight attendant)."

Voordelen: "They are nice and friendly"
Nadelen: "Toilets should be cleaned often"

Nadelen: "We had requested vegetarian meals, which were not provided on either leg of the Ethiopian Airlines flight. In addition, we had to pay an extra baggage fee and the payment process required us to wait for 45 minutes at the check in desk while the agents tried to sort out a problem wiht their computer system. They claimed that the problem was with the integration of their system with SAA's system."

Voordelen: "Everything was on time, high quality, and enjoyable"
Nadelen: "There was a fight on the llane but it was because a passenger with mental issues was provoked by a couple so ahe beat up the wife. This was not caused by ET and crew at all, but they stopped it."

Voordelen: "Seats are delapidated and food is ok!"
Nadelen: "Crew were very good"

Voordelen: "The food was delicious"

Voordelen: "Food was pretty good. Flight attendants were very nice, however they didn’t do too much on a screaming baby that wouldn’t shut up the entire flight."
Nadelen: "Late take off from Newark led to us almost missing our connections to Johannesburg. We were moving like sheep herded to buses. Seemed very unorganized. The inflight entertainment was very basic compared to other star alliance flights in the states. Can’t understand the pilots very well when they spoke English. P"

Nadelen: "Besides that the flight was 4 hours delayed and the staff gave different information then the screen, customer service was non existant. There seems to be no structure or system. Gate change was not announced. Staff was not clear or direct about status of the flight. I have had several flights with EA and most have been completely disappointing and frustrating. Forget trying to call anyone, it took me 4 days of non stop calls to connect with someone to change my flight date. Then once connected the credit card system was apparently down and they could not charge my fee. I had to contact the US office while I was in Africa in order to get anything done, ridiculous. They over charged me and would not honor the fees that were quoted on the phone and via email but the head office. Dishonest and no concern for the inconvenience to their customers. This airline would be the last choice, highly not recommended."

Nadelen: "At the Addis airport, it seems chaos reigns! My flight was never listed on any display to say what gate we departed from. A crowd of people boarding for two different planes just rushed the gate area. I’ve got no idea how everyone ended up on the right plane. My flight was never announced I had to keep going up to ask over and over. The bathrooms at the airport are unhygienic and the available food is abysmal. On the plane was better except that the only entertainment is over head screens that didn’t work my overnight flight was miserable as the lights were on the whole time and they repeatedly woke me up to eat throughout the flight. I’ll do what I can to avoid the Addis airport from now on."

Nadelen: "Checkin luggage did not get loaded onto the connecting flights at addis ababa. Had to wait two days for the next flight from addis ababa to gaborone botswana to receive our luggage. The ethiopian air office in gaborne was helpful straighteningbout the situation. I would fly ethiopian air again."

Voordelen: "Comfort The crew is always so helpful."
Nadelen: "Food did not agree with me again."

Voordelen: "Meal service plentiful. They kept the bathrooms very clean"
Nadelen: "This plane seemed older not as spacious or as clean as planes on Ethiopian I've traveled on before. Horrible film selections, and it's the same coming and going."

Voordelen: "all"
Nadelen: "none"

Voordelen: "crew was okay on board."
Nadelen: "delays, delays and no answers about the schedule from anyone. poor food, poor entertainment. the plane was small, crowded and a disguising smell all over."

Voordelen: "The food was terrible but it was somewhat editable. It could have just been because I was so hungry I could eat anything too."
Nadelen: "The staff was rude, the boarding was a mess, the cabin was at least a little cooler than previous flight but still very uncomfortable, the amount of announcements was absolutely absurd!!! It was almost an announcement every 15 minutes. And the plane played music (terrible music) for 45 min extremely loud after taking off AND and hour before landing. It was so awful and so loud you couldn't even hear your own entertainment playing from your own headsets. I understand music while boarding and de-planing but there is absolutely no reason to have that playing that long after take off and hat soon before landing."

Voordelen: "seat space was good"
Nadelen: "the flight was full so drink service was not well organized, lack of water"

Voordelen: "When I originally booked this trip it was with one connection and a 16 hour commute time. They added legs to my trip which significantly increased travel time. I tried to cancel my flight because I booked the flight with the necessity of arriving by specific days and times and they insisted on charging me for it so I just forfeited my seat and trip all together. There's nothing good to say about Ethiopian airlines."
Nadelen: "They are very unprofessional and unhelpful and I'll never book them again."