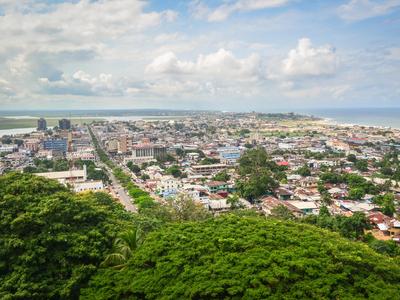 Voordelen: "Flight was on time."
Nadelen: "Staff: from check in to landing, they could at least smile. Baggage claim was a nightmare, 6 Schengen flights in the same belt."

Voordelen: "KLM STAFF WERE VERY PROFESSIONAL"
Nadelen: "SOME CREW MEMBERS WERE ABIT RUDE. THEY NEED TO WORK ON THEIR ATTITUDE"

Voordelen: "Food was great, enjoyed watching videos, staff very profession and friendly."
Nadelen: "Boarding was delayed and prolonged My Baggage was not transferred and was not available when I arrived in Dulles."

Voordelen: "Service and crew amazing friendly and went out of the way to Make u feel special even the pilots gave updates thru out the flight"
Nadelen: "Not being to help on the ground in Copenhagen with delta issues"

Nadelen: "Crew members in Amsterdam were very rude and disrespectful"

Voordelen: "Reclinable seats."
Nadelen: "The food!! The lights could be dimmed as it was a night flight."

Voordelen: "The flight crew was so friendly and the food was really good."

Nadelen: "Dozens of high school students screaming and climbing onto seats, crew did not intervene."

Voordelen: "Nothing!"
Nadelen: "We were told they were holding our flight, we ran 3 terminals and they’d already left."

Voordelen: "quick/efficient boarding - good staff - good food - easy flight !"
Nadelen: "the connecting times for klm seem to be very close - if your running late to start - you may not make your next one -"

Voordelen: "Time was excellent even considering a connection delay they had. Very polite crew members. Good entertainment options."
Nadelen: "Cabin was crowded. Leg room was scarce, short seating space. Almost no room for sleeping if you're not a frequent economy traveler."

Nadelen: "Flight was delayed, landing at vce took an additional 10 minutes due to no one at the jet way. Luggage service was very slow"

Voordelen: "Face recognition was amazing"
Nadelen: "Too hot on plane"

Voordelen: "The seat was spacious and the concept of the evening meal being the lighter option was innovative and well thought out"
Nadelen: "Boarding was chaotic and congested with not much information or order."

Voordelen: "Interior of the plane was clean. Smooth landing."
Nadelen: "Pilot did not avoid turbulence"

Nadelen: "Boarding was delayed a little due to weather as was takeoff. Cant blame them for weather but the connection was very tight."

Voordelen: "In flight food was enjoyable"

Voordelen: "Service impeccable!"
Nadelen: "They have one line of executive class after the kitchen and toilet, is very noisy."

Nadelen: "KLM crews look unhappy with their work. Everything they do is a favor not duty."

Voordelen: "had problems checking in , in that I was charged for a suitcase! I have since checked my paper work and found thad that I had paid for a case! I will follow this up when I return to the UK"

Voordelen: "Thankful for coffee being served without charge. Not all airlines do that."

Voordelen: "Equally friendly crew and experience. It was complimented by the time we got to spend in the fantastic KLM lounge while we waited for the flight."
Nadelen: "Nothing!"

Voordelen: "Crew was friendly..business class seat was very comfortable and seemed wider than most Nice power outlets great entertainment system"
Nadelen: "Row 6 in business is after the first 5 rows and Galley and restroom. Very awkward"

Voordelen: "The crew service is impeccable. Ground services very friendly and professional."
Nadelen: "The seats are very uncomfortable. The individual screens are simply outdated like you basically will damage your eyes looking at them. No chargers for phones."

Voordelen: "Boarding/unboarding"
Nadelen: "Didn't allow my carry on. Said too big. Same bag was on earlier connecting flight on much smaller plane. Also on flight on Southwest week prior. But larger intercontinental flight wouldn't allow it."

Voordelen: "Airline staff good and professional"
Nadelen: "Nothing one can do, for a 6.2" guy, the metal bar that forms the shape for the pouch for magazines and such digs into knees, ESP if person in front adjusts seat back. Fold out table barely accommodates laptop."

Voordelen: "The attendants were much more helpful than my last trip. Everything went well."
Nadelen: "I thought it was too crowded during the pandemic. Too many people on the flight. One man behind me kept sneezing so that was concerning. No other complaints for this trip but most of my previous trips were close to terrible. Thanks for improving your service."

Voordelen: "The crew really was excellent! Superb landing. I didnt feel a bump."
Nadelen: "It was a great flight! I could have been upgraded to business class but other than that...superb"

Voordelen: "Leg room was dangerously ridiculously tight."
Nadelen: "My daughter was not allowed entrance into Morocco. It was a horrible scary experience. Her US issued refugee permanent residence travel document was rejected. In our international travels this has never happened. Marco Air should have caught this before we left the US."

Voordelen: "The crew was NOT amazing, everyone had to walked back to the cabin to ask for water because not a single staff person would go check on us when we pushed the help button. I my self pushed it because I needed water to take my medicine and they ignored me until I walked my self to the back of the plane and asked for some water. Everyone was back there laughing having a good time while many of us were calling them over for help and they didn’t care."
Nadelen: "Staff doing their job would have been nice"

Voordelen: "Crew was fine. Below Air France better than American airline"
Nadelen: "Had a lo layover in Casablanca (landed at 830 and left at 5) and they lost my bag."

Nadelen: "Long delays leaving NY JFK and leaving Casablanca (waiting for passengers on a connecting flight) and after landing at JFK. This makes it a very long day returning to NYC. Everything else was excellent (crew, equipment, entertainment, food)."

Nadelen: "There was a 2 hour delay which lead to us arriving to our destination late"

Voordelen: "Crew was great"
Nadelen: "They could have not been 2.5 hours late leaving my origin city and causing me to miss both of my connecting flights"

Voordelen: "Not really good. Starting from the ticketing, not friendly, late on take off and landing as always"
Nadelen: "Travel with Air France or British"

Voordelen: "I was eventually brought to my original destination"
Nadelen: "Missed my connecting flight because there was a delay in boarding. Staff did not make any announcement stating that people who do not have connections to please wait so that people in my situation can possibly make their original connection (neighbor same problem). Poor explanation for lost luggage"

Voordelen: "Nothing"
Nadelen: "Extreme lack of communication about boarding. First flight was delayed and second flight started boarding and left over an hour later than scheduled, but again no communication to explain what was going on. Absolutely one of the worst flying experiences I've ever had. Would 100% NEVER recommend this"

Nadelen: "The company organization, the staff and treatment are horrible from start to Checking out at auntie arrival with the airport authorities."

Voordelen: "Nothing"
Nadelen: "I had to run all over the airport, go through customs and security run to my gate because my flight was delayed 2 hours + I lost my luggage"

Voordelen: "Flight on time. No turbulence."
Nadelen: "No entertainment. Food was a mini ham sandwich and a cake. Plane furniture is getting old."

Voordelen: "The flight is great once you are through security."
Nadelen: "The airport experiance is not for the faint of heart"

Voordelen: "Timeliness of food and cleaning up."
Nadelen: "Crew's short patience with customers"

Voordelen: "The crew was responsive to needs that came up."
Nadelen: "The flight was delayed by an hour and we didn’t actually leave for two hours because the boarding process was so disorganized. They had us line up over an hour before we could actually board the plane. People are so irritable that a shouting fight broke out in the process. The screens on the back of the seats work inconsistently. No wifi. And this was on the Dreamliner! not the worst flight I’ve been on but negatives definitely outweighs positives."

Voordelen: "Terrible customer service. There was a huge difference between the crew from my trip sep1st ti this time. Crew never bring you something you ask for and they just say yes and you never see them again. I asked for a tea refill and the guy said ok let me check if there is enough to give refill and never got back to me. I asked the other attendant for a cup of water and took over 45min and I had to go ask for it by myself and got the water like if I am receiving gold. I will never go back with Royal sirMoran. I barely understood why people always complain about this company.."
Nadelen: "entrainment, comfort and music."